She was born in Yakima, Washington, in 1924. Janet began acting as a kid and eventually studied theater at the University of Washington before Paramount Pictures picked her up. Waldo got her start in small roles before starring in a handful of Western movies. She landed a part on "Lux Radio Theater" with Cecil B. DeMille, which launched Waldo's career. She began voicing characters on dozens of programs, including "Big Town", "Four Star Playhouse", "One Man's Family", and "Stars over Hollywood". She's well remembered for voicing Corliss Archer for eight years on "Meet Corliss Archer", though she wasn't cast as the character in the movie versions. Her appearances on TV and in films were largely rare, with a brief role as a guest star on episodes of "I Love Lucy", "The Lucy Show", and "The Andy Griffith Show". She also appeared in "Valentine's Day" and "The Adventures of Ozzie and Harriet".

One of Waldo's best-known parts is that of the animated daughter Judy Jetson on "The Jetsons". Other characters voiced by Waldo include Josie of "Josie and the Pussycats", Penelope Pitstop of "Wacky Races" and "The Perils of Penelope Pitstop", Circe of "Thundarr the Barbarian", and Morticia Addams of "The Addams Family". In 1990, Waldo was replaced by pop star Tiffany for the role of Judy Jetson, a move that led to significant backlash from fans. Waldo eventually returned to the TV cartoon after the movie version with Tiffany flopped. She married her husband, Robert Edwin Lee, in 1948; they stayed together until his death in 1994 and had two children. 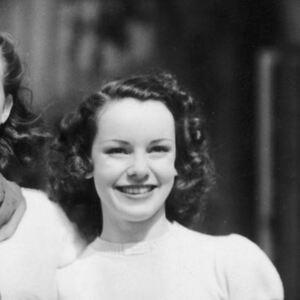