Janet Montgomery net worth and salary: Janet Montgomery is a British actress who has a net worth of $5 million dollars and salary per episode of $40 thousand. Born in Bournemouth, Dorset, England, Janet Montgomery began her acting career as a child, appearing on the children's program, "Short Change". She then stepped away from acting until she was in her early 20s.

In 2008, she guest starred on the television show, "Skins", and also appeared in the television film, "Dis/Connected". Since then, she has gone on to appear in a string of horror films of varying popularity, including, "The Hills Run Red", "Wrong Turn 3: Left for Dead", and "Dead Cert". She is most widely recognized by American audiences for her recurring role on "Entourage", her guest starring work on "The League", and her starring role in the short-lived series, "Human Target". Most recently, she guest starred on the popular BBC series, "Merlin". She is next slated to star in the CBS show, "Made in Jersey", which will begin airing in late September 2012. 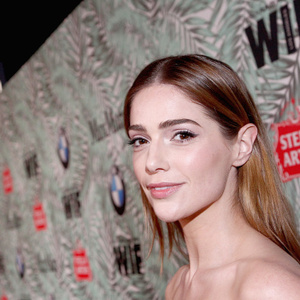