How much is Janet Leigh Worth?

Janet Leigh net worth: Janet Leigh was an American actress, singer, dancer, and author who had a net worth of $20 million. Janet Leigh was born in Merced, California in July 1927 and passed away in October 2004. She was best known for starring as Marion Crane in 1960 film Psycho. Leigh also starred in several other films including The Romance of Rosy Ridge, If Winter Comes, Little Women, The Red Danube, Holiday Affair, Angels in the Outfield, Two Tickets to Broadway, Confidentially Connie, Houdini, Prince Valiant, My Sister Eileen, Safari, Jet Pilot, Who Was That Lady?, Pepe, The Manchurian Candidate, Bye Bye Birdie, Wives and Lovers, The Spy in the Green Hat, Boardwalk, The Fog, and Halloween H20: 20 Years Later. Leigh won a Golden Globe Award in 1961 for Best Supporting Actress in Psycho and was nominated for an Academy Award for the same role. In 1960 she received a star on the Hollywood Walk of Fame at 1777 Vine Street. She was married four times including to Tony Curtis and her children are Kelly and Jamie Lee Curtis. She also appeared on many TV series and authored four books. Janet Leigh passed away on October 3, 2004 at 77 years old from vasculitis. 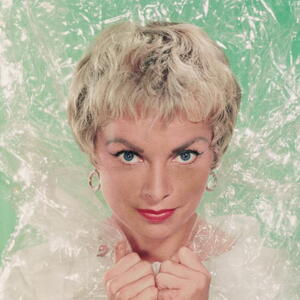