Janet Jones Net Worth: Janet Jones is an American actress who has a net worth of $100 million. Janet Jones was born in Bridgeton, Missouri in January 1961. Her debut role came in the 1974 short Gollocks! There's Plenty of Room in New Zealand. Jones made her featured film debut in the 1982 movie Annie. She also starred in the movies The Beastmaster, Staying Alive, The Flamingo Kid, Chorus Line, American Anthem, Police Academy 5: Assignment: Miami Beach, A League of Their Own, Alpha Dog, Two Tickets to Paradise, Palo Alto, and The Sound and the Fury. Jones also appeared in episodes of the TV series Brooklyn South and Solider of Fortune, Inc. She hosted an infomercial for Jackie Chan. In 1986 Janet endorsed Jones Sausage in a TV commercial.

Janet married professional hockey player Wayne Gretzky in 1988 and the couple have five children including singer Paulina Gretzky and major league baseball player Ty Gretzky. Jones was involved in a gambling ring controversy financed by Phoenix Coyotes assistant coach Rick Tocchet in 2006. Jones and Tocchet filed notices in New Jersey that they were intending to sue the state for defamation. 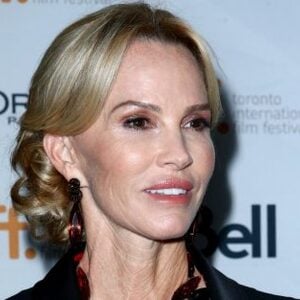