Janet Hubert net worth: Janet Hubert is an American actress who has a net worth of $500 thousand. Janet Hubert was born in Chicago, Illinois in January 1956. She is best known for starring as Vivian Banks on the television series The Fresh Prince of Bel-Air from 1990 to 1993. Hubert won a scholarship to the Juilliard School but she did not graduate.

She has had recurring roles in the TV series Reasonable Doubts, The Job, The Bernie Mack Show, and One Life to Live. Hubert has starred in the movies Agent on Ice, White Man's Burden, California Myth, 30 Years to Life, Neurotica, Mom, and No Letting Go. Hubert has also appeared in episodes of the TV series Hunter, 21 Jump Street, Hooperman, A Man Called Hawk, Tales from the Crypt, Dave's World, Coach, The Faculty, The Pretender, The Jamie Foxx Show, NYPD Blue, All My Children, Gilmore Girls, Friends, and House of Payne. In 2014 Hubert was nominated for a Behind the Voice Actors Award for Best Vocal Ensemble in a Video Game for Grand Theft Auto V. 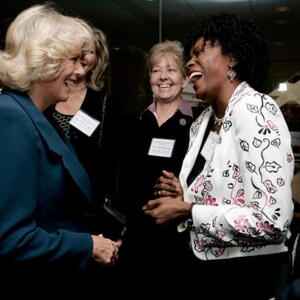