Jane Withers net worth: Jane Withers was an American actress who had a net worth of $5 million at the time of her death. She was one of the most popular child film stars of the 1930s and 40's, and for her portrayal of "Josephine the Plumber" in a series of commercials for Comet cleanser in the 1960's and 70's. Jane Withers died on August 7, 2021 at the age of 95.

She was born on April 12, 1926 in Atlanta Georgia. In the 1930's Withers and her mother moved to Hollywood where she worked as a child model and played bit parts in several films during 1932 and 1933. Her big break came when she landed a supporting role in the film Bright Eyes, starring Shirley Temple. Through the remainder of the 30's, Withers starred in several movies each year, including Ginger, Paddy O'Day, The Farmer Takes a Wife, and Little Miss Nobody. In 1947, while in her early twenties, Withers retired for several years from acting after marrying a wealthy Texas oil man named William P Moss, Jr. The couple had three children, William, Wendy, and Randy, but the marriage was not a happy one and ended after only six years. In 1955, she married Kenneth Errair from the group The Four Freshman, and they had two children together, Ken and Kendall Jane. In the 1960s Withers appeared in various television series including Pete and Gladys, General Electric Theater, The Aquanauts, and in an episode of The Alfred Hitchcock Hour. She also had a lucrative run in commercials appearing as "Josephine the Plumber" for over a decade. In addition to her on-screen performances, she also did voice-over work for several years. In 1979, Withers was honored by the Young Artist Foundation with its very first Former Child Star "Lifetime Achievement" Award, which recognized her outstanding achievements within the film industry and as a child actress. 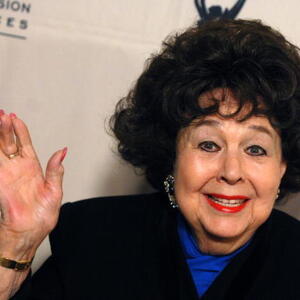