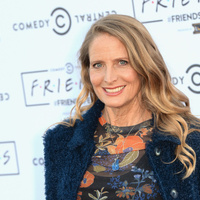 Jane Sibbett net worth: Jane Sibbett is an American actress who has a net worth of $2 million. Jane Sibbett was born in Berkeley, California in November 1962. From 1986 to 1987 she starred as Jane Wilson on the television series Santa Barbara. Sibbett starred as Laurie Parr on the TV series The Famous Teddy Z from 1989 to 1990. From 1991 to 1994 she starred as Heddy Newman on the series Newman's Head. Jane Sibbett starred as Dr. Katherine Emerson on the television series Nick Freno: Licensed Teacher from 1997 to 1998. From 1994 to 2001 she had a recurring role as Carol Willick on the TV series Friends. Since 2008 she had only appeared in a handful of roles. Sibbett won an Editor's Choice Award for Friends at the 2000 TV Guide Award and was nominated for a Soap Opera Digest Award in 1998 for Outstanding Newcomer: Daytime for Santa Barbara. She also runs a family crisis center in Los Angeles.