Jane Seymour net worth: Jane Seymour, OBE, is a British-American actress, philanthropist and entrepreneur who has a net worth of $60 million dollars. Jane Seymour is most widely recognized for her roles as a Bond girl in the James Bond film "Live and Let Die", and the titular role in the popular drama "Dr. Quinn, Medicine Woman".

Early Life: She was born Joyce Penelope Wilhelmina Frankenberg on February 15, 1951 in Uxbridge, Middlesex England (now a part of Greater London.) Her mother Mieke was a nurse and her father Benjamin John Frankenberg was a distinguished gynecologist and obstetrician. Her mother was a prisoner of war during World War II in Dutch East Indies, now present-day Indonesia.

Seymour has stated she learned Dutch from her mother and her fellow survivors from the Japanese concentration camp, who frequently spent holidays together in the Netherlands when she was growing up. Seymour can also speak fluent French. She went to school at the Tring Park School for the Performing Arts in Hertfordshire, England. She chose the stage name Jane Seymour after the English Queen of the same name.

Acting Career: Seymour's career began in 1969, when at the age of 18 she got an un-credited part in the movie "Oh! What A Lovely War" from director Richard Attenborough. This isn't the only connection she has to Attenborough – she later married his son Michael, after working on the movie. Jane's big break came from a major role a year later in the movie "The Only Way". She played Lillian Stein, a Jewish woman seeking asylum from Nazi persecution. In 1973, Seymour got her first major TV role when she played Emma Callon in the successful series "The Onedin Line." She also appeared in the two-part TV mini series "Frankenstein: The True Story" during this time.

Three years later in 1973, she finally gained some international exposure as Bond girl Solitaire in "Live and Let Die," starring Roger Moore. IGN ranked her as 10th in a Top 10 Bond Babies ist. She also appeared in another adventure film, "Sinbad and the Eye of the Tiger," the third in a trilogy of "Sinbad" films featuring stop-motion animation from Ray Harryhausen. In 1978, she appeared in the film "Battlestar Galactica" as Serina, and in the first five episodes of the TV series. Seymour returned to the big screen to star opposite Chevy Chase in "Oh Heavenly Dog" in 1978. In 1980, Seymour played the role of Constanze on stage in "Amadeus," opposite Ian McKellen and Tim Curry. It ran for 1,181 performances and won five Tony Awards. 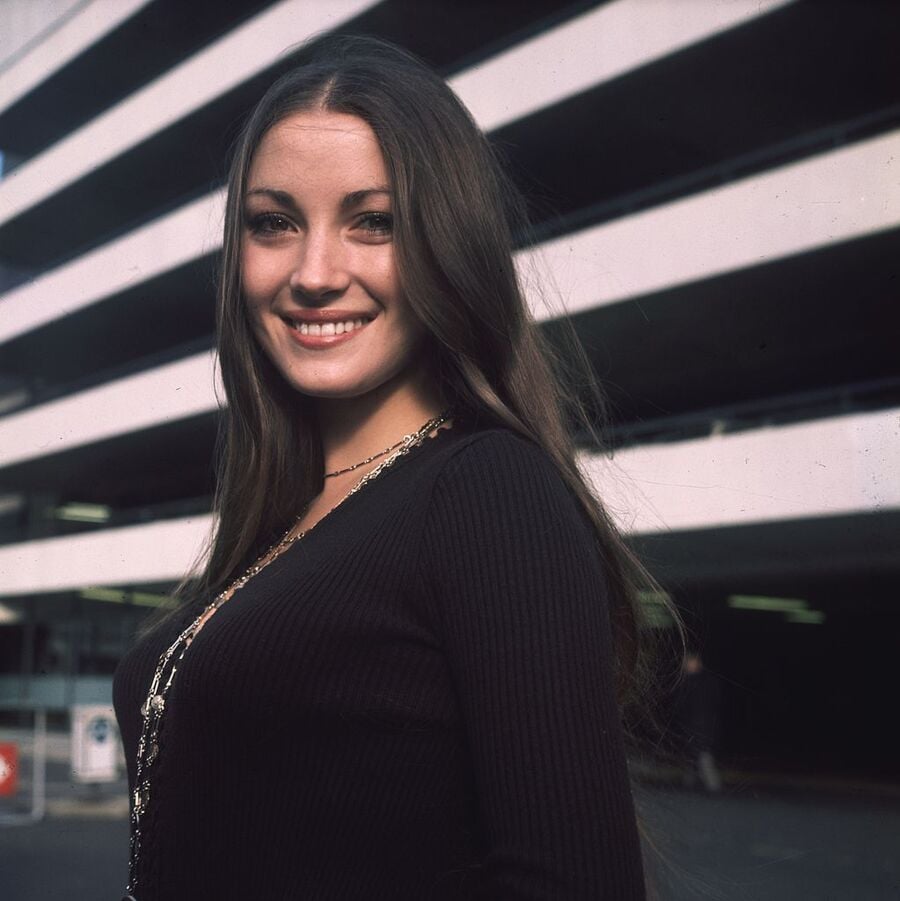 Her next film was the period romance "Somewhere in Time." In 1981, she won a Golden Globe for her portrayal of Cathy Ames in the television film "East of Eden," based on the novel by John Steinbeck. The following year, she appeared in "The Scarlet Pimpernel," and in 1984 appeared in the box office flop "Lassiter." Seymour got the female lead in the 12-part TV miniseries "War and Remembrance." That same year, Seymour won her first Emmy Award for playing Maria Callas in the TV movie "Onassis: The Richest Man in the World."

She continued to work in TV and film until receiving her most famous role as Dr. Quinn in the TV drama "Dr. Quinn, Medicine Woman," for which she is most known today. She played the role for the show's run of 1993-2001. Her work on the series earned her a second Golden Globe. She also appeared in the television sequels of "Dr. Quinn."

Seymour continued to work primarily in television in the 2000s. In 2004 and 2005, she made six guest appearances in the WB series "Smallville." In 2005, she returned to the big screen in the comedy "Wedding Crashers," in which she played Kathleen Cleary, the wife of fictional U.S. Secretary of the State. She guest-starred on "How I Met Your Mother," "Justice," "In Case of Emergency," "Castle," "The Kominsky Method," and others. She was a contestant on season five of "Dancing with the Stars" and finished in sixth place with her partner Tony Dovolani. In April 2016, she starred as Florence Lancaster in the play "The Vortex", presented in Singapore by the British Theatre Playhouse. 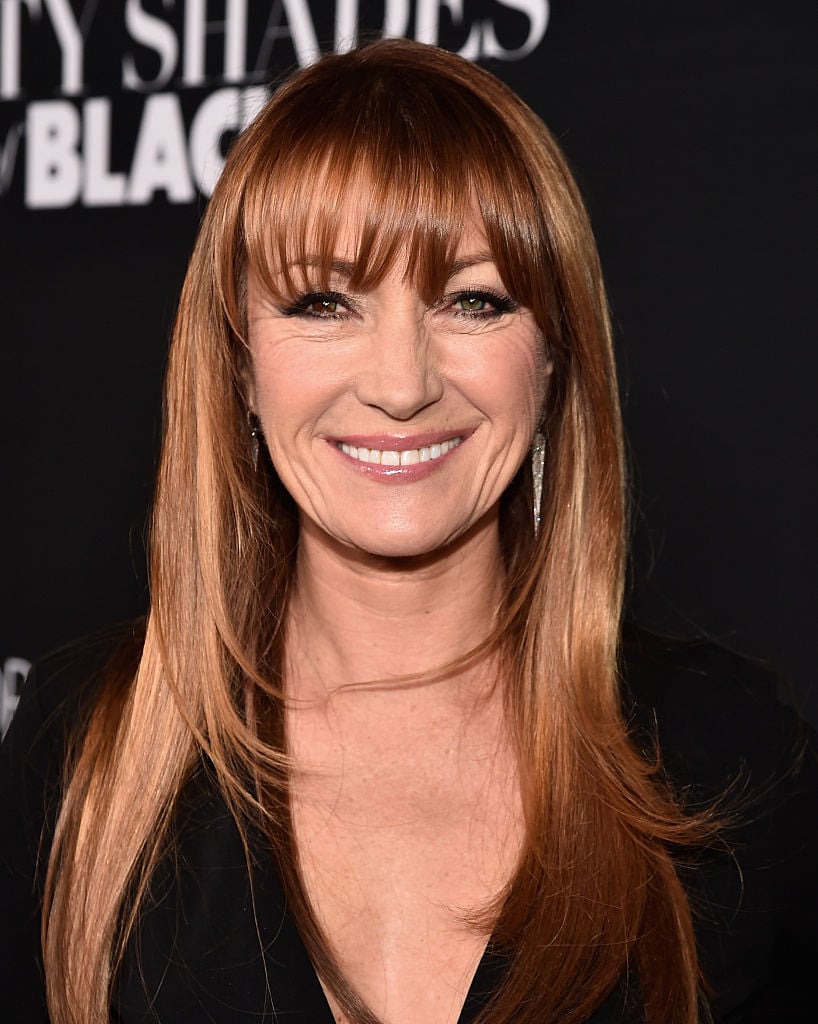 Personal Life: She has been married and divorced four times, first to Michael Attenborough from 1971-19723. She was then married to Attenborough's friend Geoffrey Planer from 1977-1978. In 1981, she married David Flynn and had two children with him: Katherine, born in 1982, and Sean, born in 1985. Flynn had involved Seymour in some shady housing market deals which left her "completely beyond bankrupt." The pair divorced in 1992. After that, she married James Keach. They had twins, John and Kristopher, born in 1995. She and Keach divorced in December 2015 after Keach was caught cheating on Jane with a friend of hers. They initially separated in 2013. Since 2014, Jane has dated producer David Green.

Seymour became a naturalized U.S. citizen in February 2005. She and Green reside in Malibu, Hawaii.

Seymour also has a healthy career in philanthropy, which puts her net worth to a charitable purpose. She is a celebrity ambassador for Childhelp, a non profit organization whose mission is to help victims of child abuse and neglect.

One of Seymour's most notable physical features is heterochromia, which makes her right eye brown and her left eye green. In February 2018, she posed for Playboy, marking her third time posing for the magazine. At age 67, she was the oldest woman to be photographed for the magazine in its history.

Real Estate: Jane's ex-husband James Keach is the brother of actor Stacy Keach. This is notable because in 2004 James and Jane bought Stacy's clifftop Malibu mansion for $4.5 million. Stacy had owned six-acre the property for 25+ years and the existing structures were totally dilapidated. Jane and James reportedly spent $5 million on renovations over several years. The end result was a stunning 6,300 square-foot Tudor-style mansion that today features a recording studio and a cinema that can be converted into a full stage.

At one point Jane and James listed the home for sale for $16 million. According to the public real estate records, they never found a buyer and Jane occupies the home today. Today the property is likely worth $20+ million.

At one point they owned a second Malibu mansion which they appear to have sold for $11 million in the early 2010s. Jane and James also at one point owned a large estate in an English town called Bath. 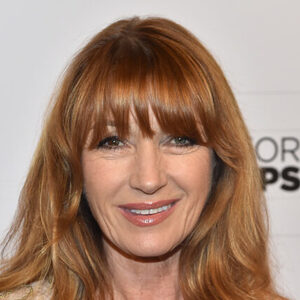