What is Jane Pauley's Net Worth and Salary?

Jane Pauley is a television host and author who has a net worth of $40 million. Jane Pauley done news reporting since 1972. She first achieved widespread recognition as the successor of Barbara Walters on NBC's "Today," before going on to co-anchor "Dateline NBC" from 1992 to 2003. Among her other television gigs, Pauley has hosted "The Jane Pauley Show" and "CBS Sunday Morning."

Jane Pauley was born as Margaret Jane Pauley on Halloween, 1950 in Indianapolis, Indiana to Mary and Richard. She has an older sister named Ann who she grew up idolizing. As a teen, Pauley went to Warren Central High School, where she was a speech and debate champion. She subsequently attended Indiana University in Bloomington as a political science major. Pauley graduated from IU in 1972.

Pauley began her broadcasting career at WISH-TV in Indianapolis; after three years there, she joined anchor Floyd Kalber at the NBC Chicago affiliate station WMAQ-TV. In the process, Pauley became the Windy City's first woman co-anchor on a major evening newscast.

In 1976, Pauley was chosen to succeed Barbara Walters on NBC's "Today." For five years, she co-hosted the program with Tom Brokaw. Then, beginning in 1982, she co-hosted with Bryant Gumbel. Following in the trailblazing footsteps of Barbara Walters, Pauley became a symbol of progress for professional women generally and female journalists in particular; she also became a role model for working mothers when she had a highly publicized pregnancy in 1983.

Following protracted negotiations, Pauley announced her departure from "Today" in October of 1989. Her absence was immediately felt, as the show lost 10% of its audience after she left. From February of 1989 to February of 1990, "Today" had a ratings slump of 22%. So beloved on the show was Pauley that she received over 4,000 letters of support after her exit; moreover, she appeared on the covers of various magazines in the ensuing months, and was the subject of the primetime special "Changes: Conversations with Jane Pauley." The huge success of "Changes" prompted five further specials in the summer of 1990, as well as a Sunday-night series called "Real Life with Jane Pauley."

"Dateline NBC" and "Time and Again"

In 1992, NBC launched its new reality newsmagazine show "Dateline." For 11 years through 2003, Pauley co-anchored the show with Stone Phillips. During this time, she also anchored the half-hour program "Time and Again" on the nascent MSNBC. 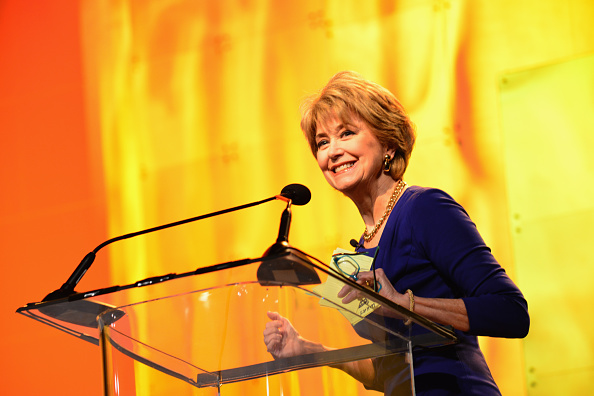 After deciding to end her contract on "Dateline," Pauley was offered her own daytime talk show on NBC. The syndicated program, aptly called "The Jane Pauley Show," premiered in 2004. Although it failed to gain an audience and was ultimately canceled after just one season, the show was deeply meaningful to Pauley, who called it the "hardest and proudest year" of her professional life.

Pauley made her return to "Today" in 2009 as a contributing host to the weekly segment "Your Life Calling." Sponsored by AARP, the segment profiled individuals across the nation reinventing their lives in their advanced ages. "Your Life Calling" proved hugely popular, and ran through 2013.

In 2014, Pauley appeared for an interview on "CBS Sunday Morning"; the audience response was so positive that she was subsequently hired on the show as a correspondent and occasional substitute host. Following the retirement of Charles Osgood in 2016, Pauley took over as host on "CBS Sunday Morning," giving her her first regular morning news program anchoring job in over 25 years. Beyond this gig, Pauley has also occasionally anchored "CBS Evening News," filling in for Scott Pelley.

Outside of her regular appointments hosting news programs, Pauley co-hosted the 42nd Primetime Emmy Awards in 1990 with Jay Leno and Candice Bergen. She also served as a substitute anchor on "NBC Nightly News." In 2008, Pauley led a half-hour discussion on PBS's "Depression: Out of the Shadows."

As an author, Pauley penned her bestselling memoir "Skywriting: A Life Out of the Blue" in 2004. In the book, she made public her struggles with bipolar disorder. Pauley also wrote an autobiography entitled "And So it Goes."

Pauley has earned numerous accolades throughout her career. Among her honors are the Walter Cronkite Award for Excellence in Journalism; the Radio and Television News Directors Association's Paul White Award for Lifetime Contribution to Electronic Journalism; the Edward R. Murrow Award for Outstanding Achievement; and the Association for Women in Communications' inaugural international Matrix Award. Additionally, Pauley won Daytime Emmy Awards in 2015 and 2019.

In 1980, Pauley wed "Doonesbury" cartoonist Garry Trudeau; together, they have three children and two grandchildren. 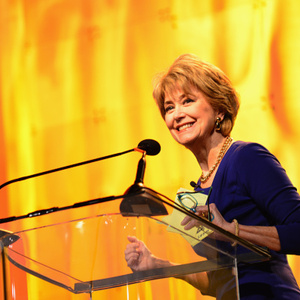