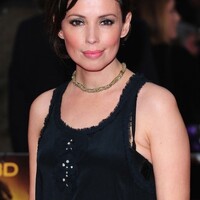 Jane March Net Worth: Jane March is an English actress and model who has a net worth of $2 million. Jane March Horwood was born in Edgware, London, England in March 1973. She won a "Become a Model" contest at 14 and signed with Storm Model Management. Jane worked as a print model and was on the cover of Just Seventeen magazine where she was spotted by French director Jean-Jacques Annaud. She was chosen for her first role in the 1992 film The Lover. She went on to star in the movies Color of Night, Never Ever, and as Jane in Tarzan and the Lost City. March has also starred in the movies Provocateur, Dark Prince: The True Story of Dracula, Blood of the Vikings, The Stone Merchant, My Last Five Girlfriends, Clash of the Titans, Stalker, Perfect Baby, Will, Grimm's Snow White, The Sweeter Side of Life, Jack the Giant Killer, and Flim: The Movie. March won a Bambi Award for Best Young Actress in 1992 for L'amant. She was nominated for Razzie Awards for Worst Actress and Worst Supporting Actor for Color of Night. Jane was previously married to Carmine Zozzora.