Jane Levy Net Worth and salary: Jane Levy is an American actress who has a net worth of $3 million. Jane Levy was born in Los Angeles County, California in December 1989. In high school Jane was captain of the soccer team and was on the hip hop dancing team.

She appeared in community theater productions including the Wizard of Oz and Annie. She attended the Stella Adler Studio of Acting in New York. Jane moved back to Los Angeles and had a recurring role in the series Shameless as Mandy Milkovich in 2011. Her first film role came starring as Caroline in the 2012 movie Nobody Walks. She has also starred as April in the movie Fun Size, Mia in Evil Dead, and Kate in About Alex. One of her best known roles started in 2011 and Levy stars as Tessa Altman in the ABC comedy Suburgatory. Levy is scheduled to star in the upcoming films Frank and Cindy, Bang Bang Baby, and Monster Trucks. She was nominated for a Fright Meter Award for Best Actress for Evil Dead in 2013. Forbes named Levy as one of their 30 under 30 who are reinventing the world. Jane married actor Jaime Freitas in 2011 but the couple has since divorced. 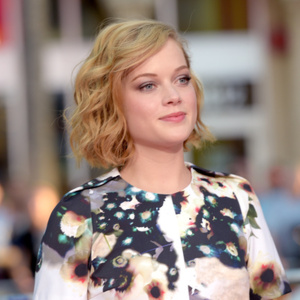