What Is Jane Krakowski's Net Worth?

Jane Krakowski was born Jane Krajkowski on October 11, 1968, in Parsippany-Troy Hills, New Jersey. Her mother, Barbara, was a college theatre professor, and her father, Ed, worked as a chemical engineer. Both of Jane's parents were involved in the local theatre scene, and "instead of hiring baby sitters, they brought [her] along with them." Krakowski has an older brother, and she attended Parsippany High School, NYC's Professional Children's School, and New Brunswick's Mason Gross School of the Arts at Rutgers University. Jane began taking ballet lessons when she was 4 years old but later decided to focus on Broadway dancing instead.

Krakowski made her Broadway debut at age 18, playing Dinah the Dining Car in a 1987 Gershwin Theatre production of "Starlight Express." She then starred as Frieda "Flaemmchen" Flamm in a 1989 production of "Grand Hotel," which earned Jane her first Tony nomination. In 1993, she played Jessica Ryan in "Face Value" at the Cort Theatre, and she appeared in "Company" at the Criterion Center Stage Right in 1995. Krakowski co-starred with Sarah Jessica Parker in "Once Upon a Mattress" at the Broadhurst Theatre in 1996, and that year she also appeared in "Tartuffe" at the Circle in the Square Theatre.

Jane starred as Fanny Brice in a "Funny Girl" Broadway concert in 2002, and in 2003, she gave a Tony-winning performance as Carla Albanese in "Nine" at the Eugene O'Neill Theatre. She played Adelaide in a West End production of "Guys and Dolls" in 2005, and in 2008, she co-starred with Sean Hayes and Cheyenne Jackson in "Damn Yankees" at the New York City Center. Krakowski received her third Tony nomination for her performance as Ilona Ritter in a 2016 Studio 54 production of "She Loves Me," and in 2018, she played Mrs. Potts in "Beauty and the Beast" at the Hollywood Bowl. 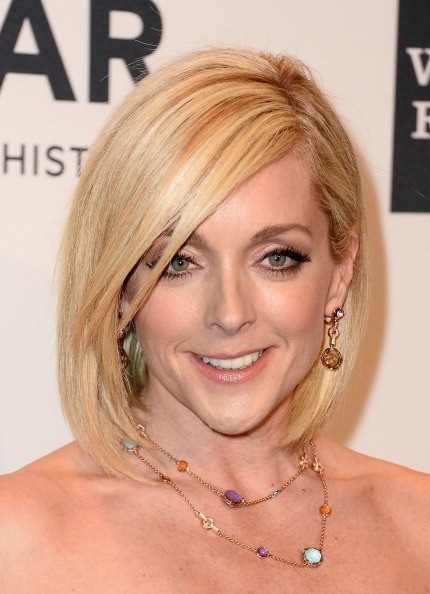 Jane became engaged to clothing designer Robert Godley in December 2009, and they welcomed son Bennett on April 13, 2011. Krakowski and Godley split up in 2013.

In early 2021, the "Daily Mail" claimed that Jane began a nine-month relationship with My Pillow inventor Mike Lindell in late 2019. Krakowski's rep denied the allegation, stating:

"Jane has never met Mr. Lindell. She is not and has never been in any relationship with him, romantic or otherwise. She is, however, in full-fledged relationships with Brad Pitt, Regé-Jean Page and Kermit the Frog and welcomes any and all coverage on those."

A few days later, it was revealed that Krakowski had actually been in a relationship with architect David Rockwell "since at least March 2019."

Krakowski has received five Primetime Emmy nominations for Outstanding Supporting Actress in a Comedy Series, for "30 Rock" in 2009, 2010, 2011, and 2013 and "Unbreakable Kimmy Schmidt" in 2015. She earned a Golden Globes nomination for Best Performance by an Actress in a Supporting Role in a Series, Miniseries or Motion Picture Made for Television for "Ally McBeal" in 1999, and she has received 12 Screen Actors Guild Award nominations, taking home the prize for Outstanding Performance by an Ensemble in a Comedy Series for "Ally McBeal" in 1999 and "30 Rock" in 2009. In 2016, Jane won a Critics Choice Television Award for Best Supporting Actress in a Comedy Series and a Gold Derby Award for Comedy Supporting Actress for "Unbreakable Kimmy Schmidt." She has earned 13 other Gold Derby Award nominations: nine for "30 Rock" (including Comedy Supporting Actress of the Decade twice), two for "Unbreakable Kimmy Schmidt," one for" Modern Family," and one for "Name That Tune."

Krakowski has also received two Daytime Emmy nominations (Outstanding Ingenue in a Drama Series for "Search for Tomorrow" in 1986 and 1987) as well as nominations from the Critics Choice Super Awards ("The Willoughbys"), GALECA: The Society of LGBTQ Entertainment Critics ("30 Rock"), International Online Cinema Awards ("Unbreakable Kimmy Schmidt" and "Curb Your Enthusiasm"), Monte-Carlo TV Festival ("30 Rock"), and Satellite Awards ("Ally McBeal"). For her stage work, Jane earned a Tony nomination and Drama Desk Award nomination for "Grand Hotel" in 1990, and in 2003, she won a Tony, Drama Desk Award, and Outer Critics Circle Award for "Nine." She received a Laurence Olivier Award for "Guys and Dolls" in 2006, and "She Loves Me" earned Krakowski a Drama Desk Award, Outer Critics Circle Award, and Astaire Award as well as a Tony nomination in 2016. 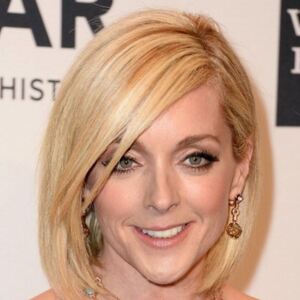