What is Jane Birkin's Net Worth?

Jane Birkin is an English actress and singer who has a net worth of $20 million. She began appearing in films during the 1960s. She landed the lead role in the 1969 French movie "Slogan" with actor Serge Gainsbourg. The two would also release a song together from the movie, and would go on to put together several future duets.

Other TV and film credits include "Don Juan, or if Don Juan Were a Woman", "Je t'aime…moi non plus", "Death on the Nile", "Evil Under the Sun", "Leave All Fair", "A Soldier's Daughter Never Cries" and "Elektra". Birkin also had a successful singing career, with 14 studio albums from 1969 to 2008.

Jane is indeed the namesake of the famous Hermes "Birkin bag" which were introduced in 1984. According to legend, in early 1984 the CEO of Hermes, Jean-Louis Dumas, found himself seated next to Jane on a flight from Paris to London. The contents of Jane's travel bag toppled over after being placed in the overhead compartment. As she scrambled to put everything back in the bag, Birkin complained to Dumas about how difficult it was to find an attractive leather weekend bag. More on this later in the article.

Birkin was born on December 14, 1946 in Marylebone, London, England. Her mother, Judy Campbell, was an English stage actress while her father, David Birkin, was a lieutenant commander in the Royal Navy who worked as a spy during World War II. She was raised with her brother Andrew, who went on to become a screenwriter and director, in Chelsea. She attended Upper Chine School, Isle of Right and has described herself as a shy girl.

Birkin was interested in acting from a young age but didn't start landing roles until her later teenage years. One of her first roles was an uncredited part in "The Knack…and How to Get It" in 1965. The next year, she played slightly larger roles in the counterculture films "Blowup" and "Kaleidoscope." In 1968, she landed a role as a model in the film "Wonderwall" and then played in the erotic French thriller, "La Piscine," in 1969. The same year, she managed to land the lead role in the French film, "Slogan," despite not speaking French. In the film, she co-starred alongside Serge Gainsbourg which would lead to a lifetime of collaborations between the two.

After "Slogan," Birkin decided to permanently relocate to France. She hit one of the highlights of her singing career when she released the duet "Je t'aime…moi non plus" with Gainsbourg in 1969. The song was extremely popular, breaking various records and making history on UK charts as the biggest-selling foreign-language record ever in the country. The song was also banned on radio stations in Spain, Italy, and the UK for its sexual explicitness. In 1971, she again sang with Gainsbourg on his album, "Histoire de Melody Nelson."

In 1973, she returned to acting after a brief break, playing Brigitte Bardot's lover in "Don Juan, or If Don Juan Were a Woman." She also had a supporting role in the horror film "Dark Places" alongside Christopher Lee and Joan Collins. In 1975, she appeared in Gainsbourg's first film, "Je t'aime moi non plus." The film, shaped after the record of the same name, again caused a stir for its sexual explicitness and was banned in the United Kingdom by the British Board of Film Classification. However, the film was generally very successful and earned Birkin the Cesar Award for Best Actress. 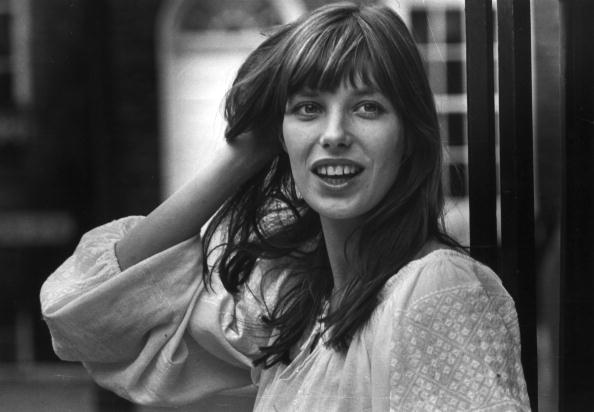 In 1978, Birkin began modeling in advertisements for Lee Cooper jeans. She continued acting as well, appearing in several films based on books by author Agatha Christie, "Death on the Nile" and "Evil Under the Sun." She also continued developing her singing career and recorded several different albums. These include "Baby Alone in Babylone," "Lolita Go Home," and "Rendez-vous." Her efforts in music earned her the 1992 Female Artist of the Year award in the Victoires de la Musique award show.

In 1981, she starred in the films "La fille prodigue" and then in "La pirate," both by director Jacques Doillon. Her work in these films earned her an invitation from Patrice Chereau to star on stage in "La Fausse suivante" by Marivaux. She also worked with director Herbert Vesely on the film "Egon Schiele Exzess und Bestrafung," in which she portrayed the mistress to famous artist Egon Schiele. She earned a nomination for Best Supporting Actress at the 1991 Cesar Awards for her role in "La Belle Noiseuse."

Through the 2000s, Birkin continued appearing in films, including "Merci Docteur Rey" and "Elektra." In 2006, she released a new album called "Fictions" and in 2010 she recorded a duet with Brazilian singer Sergio Dias. In 2016, she appeared in a campaign for the fashion brand Yves Saint Laurent, featuring a number of female musicians. That year she also starred in "Le femme et le TGV" which was nominated for an Academy Award. She stated that this would be her final acting role. In 2017, she released "Birkin/Gainsbourg: Le Symphonique," a collection of songs that Gainsbourg had written for her throughout their relationship. She performed in support of the album live in Brussels in 2017.

Outside of her other professional pursuits, Birkin's name is associated with a famous handbag designed by Jean-Louis Dumas, who was the chief executive for Hermes in the mid-1980s. Following an incident on an airplane during which Birkin and Dumas were seated next to each other and Birkin's bag tumbled over, spilling all its contents, Dumas decided to design a leather bag for her to suit her needs. The bag was dubbed the "Birkin bag" and has become a status symbol over the years.

Today a "regular" Birkin Bag retails for $11,000. Some special editions have fetched hundreds of thousands of dollars at private and public auctions. In May 2017 a Christie's auction sold a bag for $380,000. Celebrities like Kim Kardashian are said to be "obsessed" with the bags and have very large personal collections.

Hermes reportedly produces around 70,000 Birkin bags each year and the wait list to receive one can last up to six years. A resale boutique in Miami that specializes in the bag has re-sold more than $60 million of the bags in under a decade.

In 2015 Jane asked Hermes to stop using her name on the crocodile version of the bag due to animal ethics concerns related to how the alligators are killed.

When Birkin was 17, she met composer John Barry. The two married in 1965 when Birkin was 19 and had a daughter, Kate, together in 1967. The couple then divorced in 1968 and Birkin returned to live with her family in London, allowing her to work more seriously on her acting career.

After meeting Serge Gainsbourg on the set of "Slogan" in 1968, the two began a relationship that lasted 12 years, though they never married. In 1971, they had a daughter together named Charlotte. Over the years, they remained close and continued collaborating creatively together on projects until Gainsbourg's death in 1991.

Birkin also had a relationship with Jacques Doillon, the director, and the two had a son together in 1982 named Lou Doillon. The couple separated in the 1990s. Birkin remained alone following their separation though it was later reported she had a relationship with French writer Olivier Rolin. She has lived primarily in Paris since the late 1960s. 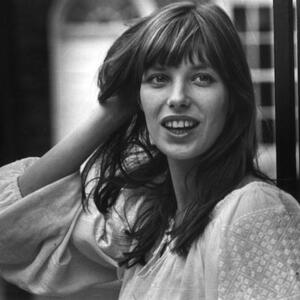