How much is Jamie Waylett Worth?

Jamie Waylett net worth: Jamie Waylett is an English actor who has a net worth of $500 thousand. He is best known for playing the role of Vincent Crabbe in the Harry Potter films. He was born on July 21, 1989 in London as the youngest of four children. When he was 9 years old he was hit by a car and doctors said he only had a small chance of survival, and if he was to survive, he would likely be brain-damaged. Defying the odds, Waylett remained in intensive care for 3 days and doctors were beginning to give up hope until a family friend demanded the doctors test his blood. They gave him a blood transfusion and he woke up the next day while almost instantly starting to improve. At the age of 12, only three years later, he was playing Vincent Crabbe in Harry Potter and the Sorcerer's Stone. He was initially considered for the part of Dudley Dursley, but director Chris Columbus thought he was a better fit with Vincent Crabbe. In 2009, Waylett was arrested after a police officer found a knife, eight bags of cannabis in his car, and several marijuana plants being grown in his mother's house. He appeared in court a few months later and pled guilty to growing the plants but claimed they were for personal use and not for distribution. He was sentenced to 120 hours of community service. In 2011 he was arrested again, this time for participating in the 2011 England riots. When police searched his home, they found fifteen cannabis plants and charged him with growing marijuana as well as his involvement in the riots. He was sentenced to two years in prison for taking part in the riots. 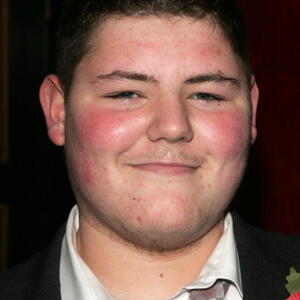