Jamie Luner net worth: Jamie Luner is an American actress who has a net worth of $2 million. Jamie Luner was born in Palo Alto, California in May 1971. She starred in the television series Just the Ten of Us as Cindy Lubbock from 1988 to 1990 and had a recurring role in the TV series Growing Pains from 1987 to 1990. Luner starred as Peyton Richards in the series Savannah from 1996 to 1997. From 1997 to 1999 she starred as Lexi Sterling in the television series Melrose Place. Luner starred as Rachel Burke in the TV series Profiler form 1999 to 2000. One of her best known roles came starring as Liza Colby in the soap opera All My Children from 2009 to 2011. Luner has also appeared in episodes of the TV series Married with Children, Diagnosis Murder, The Pretender, The Drew Carey Show, The Outer Limits, CSI: Miami, NCIS, CSI: Crime Scene Investigation, Supernatural, Criminal Minds, Two and a Half Men, and True Bloods. In 1989 she was nominated for a Young Artist Award for Just the Ten of Us.

Sexual assault allegations: In April 2018, Jamie Luner became the subject of a lawsuit from a man who claimed that when he was 16, Luner took advantage of him sexually. The allegations state that when the victim was 16, he attended a party where Luner supplied him with drugs, performed a sex act on him then encouraged him to have sex with a male friend. The victim claims that the assault left him with extreme emotional damage that to this day caused him to have drinking problems and issues with his sexuality. On April 2, 2018 he filed a $250 million lawsuit against Jamie Luner. It should also be noted that the accuser reportedly has filed many frivolous lawsuits in the past. So many that he actually needs special approval from a judge to file lawsuits. He has filed more than 20 suits in the last few years, many of which were ultimately deemed to be without merit. 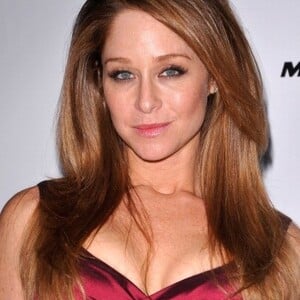