What is Jamie Hector's Net Worth and Salary?

Jamie Hector is an American actor who has a net worth of $4 million. Jamie Hector is best known for his roles on the television series "The Wire" and "Bosch." He has also had notable roles on such series as "Heroes," "Person of Interest," "Power," "The Strain," and "We Own This City." Hector has appeared in a number of films as well, with titles including "Night Catches Us" and "All Eyez on Me."

Hector's debut came in the 1998 film "He Got Game". His early TV appearances include episodes of "The Beat", "Law & Order", "Third Watch", and "Law & Order: Special Victims Unit". In 2004, he landed the part of drug kingpin Marlo Stanfield on the hit HBO drama series "The Wire" alongside several famed actors, including Dominic West, John Doman, Idris Elba, Frankie Faison, and Larry Gilliard, Jr. After 2008, Hector has appeared in "Jericho", "The Game", "Heroes", "Cold Case", "Lie to Me", "CSI: Miami", "Common Law", "TRON: Uprising", "Quarry", "Mercy", "Bosch", "Power", and "The Strain". Hector is also credited in more than two-dozen short films and movies, including "Ghost Dog", "The Day the Ponies Come Back", "Prison Song", "Paid in Full", "Five Deep Breaths", "Everyday People", "Brooklyn Bound", "Blackout", "Max Payne", "Just Another Day", "Night Catches Us", A Feeling From Within", "The Promise Keeper", "Real New York City Muggins", and "A Year and Change".

Hector is heavily involved in community outreach programs and serves as a youth mentor with Moving Mountains. He was also part of several fundraising efforts for the Haiti earthquake.

Jamie Hector was born on October 7, 1975 in the Brooklyn borough of New York City.

Hector began his professional acting career while he was still in college. His first role was in a 1997 episode of the television police series "New York Undercover." The following year, Hector had a bit part in the Spike Lee sports film "He Got Game." He subsequently had brief roles in the films "Ghost Dog: The Way of the Samurai," "The Day the Ponies Come Back," and "Prison Song." Meanwhile, on television, Hector appeared in episodes of "The Beat," "Law & Order," and "Third Watch."

Television Breakthrough on The Wire

In 2004, Hector had his career breakthrough on the HBO crime series "The Wire," which he joined in season three. He played Marlo Stanfield, the ruthlessly ambitious kingpin of a Baltimore drug syndicate called the Stanfield Organization. After initially appearing in a recurring role, Hector became part of the show's main cast in seasons four and five, the final two seasons of the series.

Following the end of "The Wire" in 2008, Hector played the recurring role of Benjamin Washington in the third season of the NBC superhero series "Heroes." He also showed up in episodes of "Jericho," "The Game," and "Cold Case." In 2010, Hector made appearances on the medical series "Mercy" and the crime series "Lie to Me." Subsequently, he was in episodes of such shows as "CSI: Miami," "Common Law," "Are We There Yet?," and the animated series "TRON: Uprising."

In 2014, Hector began multiple major roles on television. On the CBS crime series "Person of Interest," he played the recurring role of Lincoln Cordell in season four. Hector also began appearing as Drifty on the Starz crime series "Power," and started playing the recurring role of Alonso Creem on the FX horror series "The Strain." His biggest role in 2014 was as Detective Jerome Edgar, the professional partner of the titular character, on the police procedural series "Bosch." Hector remained in the role for all seven seasons of the show through 2021. During that time, he also had recurring roles on "Quarry," "Queen of the South," and "Wu-Tang: An American Saga." In 2022, Hector had a main role on the HBO miniseries "We Own This City," portraying real-life Baltimore homicide detective Sean Suiter. 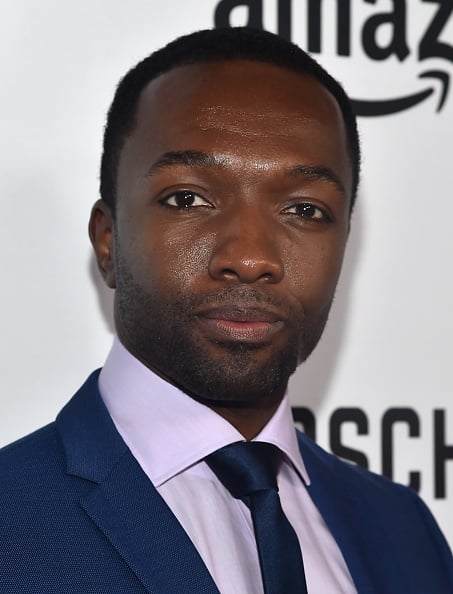 Hector appeared in a number of films during the 00s, including "Paid in Full," "The Fast Life," "Everyday People," "Brooklyn Bound," and "Joy Road." Toward the end of the decade, he had notable roles in the drama "Blackout" and the video game adaptation "Max Payne," in which he played Haitian crime boss Lincoln DeNeuf. In 2010, Hector played a Philadelphia gangster named DoRight Miller in the drama "Night Catches Us," costarring Anthony Mackie and Kerry Washington. His subsequent credits included "The Gift," "A Feeling from Within," and "Life, Love, Soul."

Hector's next substantial role was as a detective in the 2013 crime thriller "Blood Ties," a remake of a 2008 French film. His costars were Clive Owen, Marion Cotillard, Billy Crudup, Mila Kunis, Zoe Saldana, Matthias Schoenaerts, and James Caan, among others. A couple of years later, Hector appeared in the independent drama "A Year and Change." Next, in 2017, he portrayed Mutulu Shakur, the stepfather of rapper Tupac, in the biographical drama "All Eyez on Me." Hector's other credits have included "Doubting Thomas," "16 Bars," and "Canal Street," in which he played a pastor.

Beyond television and film, Hector has contributed his voice to a handful of video games. In 2005, he voiced a pedestrian in "Grand Theft Auto: Liberty City Stories" and a soldier in "The Warriors." Later, in 2010, Hector voiced Emile-A239 in the first-person shooter "Halo: Reach." He reprised that role in the 2019 third-person shooter "Gears 5." Among his other video game credits, Hector voiced the character of Vice Overseer Liam Byrne in the action-adventure game "Dishonored 2."

On the philanthropic side of things, Hector established the New York City non-profit organization Moving Mountains, which provides inner-city youth with access to the arts via year-round programs in drama, singing, dance, and more.

Hector is married to event designer Jennifer Amelia. The pair experienced tragedy during their baby shower in 2009 when an unidentified gunman opened fire on their party in New York. One man was killed, and another two were injured; Hector and Amelia were unscathed. The couple subsequently had their first child, a daughter. In 2016, they had a son. 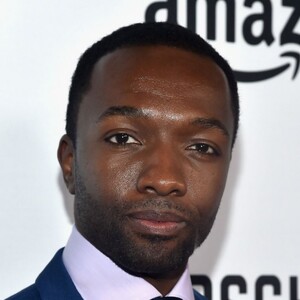