What is Jamie Dornan's Net Worth and Salary?

Jamie Dornan is an Irish actor, model, and musician who has a net worth of $14 million. Jamie is perhaps best known for playing the role of Christian Grey in the "Fifty Shades of Grey" film series, although he started his career as a successful male model. After gaining recognition for his appearances in ad campaigns for a number of prominent brands, Jamie was once ranked one of the most popular male models of all time.

He started his acting career in 2006 with a notable role in the series "Once Upon a Time." Over the next few years, he continued to land bigger and better roles in a variety of projects, including the ludicrously profitable "Fifty Shades" series. After appearing in three "Fifty Shades" films, Dornan went on to star in films such as "Anthropoid." Dornan has been called one of the sexiest men alive, and he is also considered one of the greatest Irish actors of the modern era.

He attended Methodist College in Belfast as a boarding student. During these years, Jamie joined the rugby team and participated in the drama department. After graduating, Dornan briefly attended Teesside University before dropping out and pursuing an acting career in London.

Early in his career, Jamie joined a band called Sons of Jim and appeared in a reality show called "Model Behavior." The show was a modeling competition, and Dornan scored a contract with Select Model Management despite being eliminated from the series. His modeling career began in 2001, and by 2003 he was modeling for brands like Ambercrombie & Fitch. His successful run continued, and during the next period he worked with brands like Aquascutum, Hugo Boss, and Armani.

After becoming renowned for appearing in ad campaigns for Dior Homme and Calvin Klien, he was nicknamed "The Golden Torso" by a number of publications. A number of additional commercial roles followed with brands like Dolce & Gabbana, Zara, Banana Republic, Dior, Calvin Klein, and Levi's. Throughout the next few years, he became known as one of the biggest male models in the industry. Despite focusing more on acting later in his career, Jamie continues to model. In 2018, he became the new face of a fragrance line for Hugo Boss. 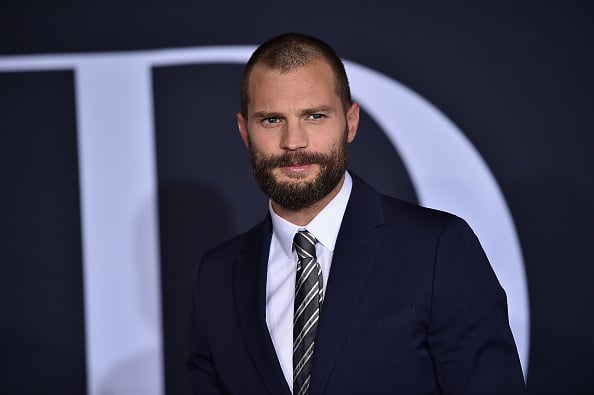 Jamie Dornan first delved into the acting world with an appearance in 2006's "Marie Antoinette." He followed up with films like "Shadows in the Sun" and "Beyond the Rave." Jamie's real breakthrough came in 2011 when he joined the cast of the ABC series "Once Upon a Time." Dornan gained widespread notoriety for his role as Sherriff Graham before appearing in the finale as The Huntsman.

Dornan then showed his range by playing a serial killer in the Irish drama series "The Fall." The show ran from 2013 to 2016, and Dornan won a number of awards for his performance. During his time on "The Fall," Jamie also accepted a role in "Fifty Shades of Grey." The film was a massive success, and Dornan reprised later his role in the film's two sequels; "Fifty Shades Darker" and "Fifty Shades Freed." The "Fifty Shades" trilogy grossed over $1.3 billion at the box office, making it one of the most commercially successful R-rated film franchises of all time.

In 2014, Dornan landed the role of Dr. Allan Pascal in "The 9th Life of Louis Drax." In 2017, Jamie joined the cast of "My Dinner with Herve" alongside Peter Dinklage. In 2016, he booked a central role in the film "Anthropoid."

Despite the monumental success of the original "Fifty Shades of Grey" film, Dornan and his co-star Dakota Johnson were reportedly paid a salary of just $250,000. On the heels of the film's staggering box-office earnings, the pair obviously renegotiated their contracts for six-figure salaries as the next two films were released.

In 2016, Jamie Dornan's firm (Where's The Danger Ltd.) released a report that seemed to suggest that the actor earned about $1,184,935 in dividends that year. This was obviously a reflection of his rising star power and his renegotiated contracts. In 2015, it was reported that Jamie Dornan would earn a salary of £4.5 million for his role in the next two "Fifty Shades of Grey" films.

In 2018, it was reported that Jamie Dornan had sold his property in Nichols Canyon, Los Angeles for $3.18 million. Located in the celebrity mecca of Hollywood Hills, Dornan's former residence features a modern aesthetic with 2,500 square feet and 3.5 bedrooms. A glass-walled atrium sits at the center while a pool and hot tub sit in the yard.

Dornan originally purchased this home 2.5 years prior to its sale, and he paid $2.85 million for it. In addition, Jamie and his wife own a home in Cotswolds, roughly two hours outside of London. They purchased this 5-bedroom home for about $2.3 million back in 2015, and they continue to own it as of this writing.

Jamie Dornan has been in a relationship with Amelia Warner since 2010. Warner is a singer/actress, and she became engaged to Dornan in 2012. After marrying in 2013, the pair have had three children together. 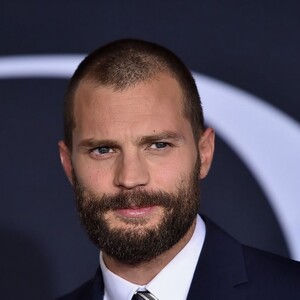