As a singer Bower leads the band The Darling Buds. He modeled part time for Select Model Management in London. Jamie's first role came in the TV movie The Dinner Party in 2007. He starred as Anthony in the film Sweeney Todd: The Demon Barber of Fleet Street in 2007. He went on to star in the films RocknRolla, Winter in Wartime, and as Caius in The Twilight Saga: New Moon. He starred in the 2009 TV mini-series The Prisoner. In 2010 Bower starred in Harry Potter and the Deathly Hallows: Part 1 and London Boulevard. He starred as King Arthur in the 2011 TV mini-series Camelot. In 2011 he appeared in the films Harry Potter and the Deathly Hallows: Part 2, and Anonymous. Jamie starred in The Twilight Saga: Breaking Dawn – Part 1 and Part 2 in 2011 and 2012. He also starred as Jace in 2013's The Mortal Instruments: City of Bones. Jamie was formerly engaged to Harry Potter co-star Bonnie Wright. 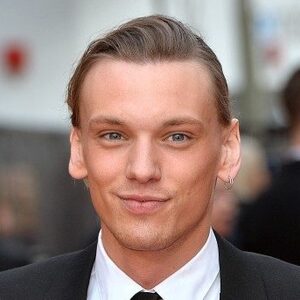