How much is Jamie Bell Worth?

Jamie Bell Net Worth: Jamie Bell is an English actor who has a net worth of $11 million dollars. Born Andrew James Matfin Bell on March 14, 1986, in Billingham, England, UK, he first rose to fame with his portrayal of the title character in the 2000 drama Billy Elliot. Often onlooking his sister's dancing practices, he himself started to dance at the age of six. Not being a very manly discipline, young Bell kept his dancing a secret from his friends at school, just like his character Elliot did. But once the beans were spilled, he was harassed. However, that made him only more determined to win the Billy Elliot role in an audition that included more than 2,000 boys from the northeast of Great Britain. The proof that he was the right choice for the role was shown through the numerous nominations and awards, including Best Newcomer Award and then a Best Male Performance at the BAFTA awards. Next, he moved onto more independent film productions such as Undertow (2004), Dear Wendy (2004), The Chumscrubber (2005), Hallam Foe (2007), among others. Over the years, he developed and enhanced his acting abilities working with notable directors such as Peter Jackson in King Kong (2005), Clint Eastwood in Flags of Our Fathers (2006) and Steven Spielberg in Tintin (2011). 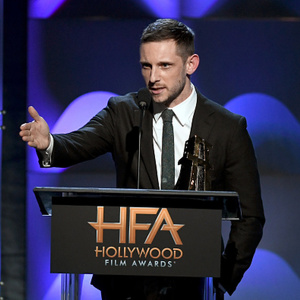