Jamie Bamber Net Worth: Jamie Bamber is an English actor who has a net worth of $2 million. Jamie Bamber was born in Hammersmith, London, England in April 1973. Jamie has British, American, and Irish citizenship. His sister is actress Anastasia Griffith. Jamie graduated from St John's College, Cambridge, and the London Academy of Music and Dramatic Art.

His first appearance came in the TV movie Hornblower: The Even Chance in 1998. He went on to appear as Lieutenant Archie Kennedy in four more Hornblower TV movies. One of Bamber's best known roles was starring as Lee "Apollo" Adama in the TV series Battlestar Galactica from 2004 to 2009. He starred as Matt Devlin in the TV series Law & Order: UK from 2009 to 2011. He has starred as Dr. Matt Kendal in the TV series Peak Practice and as Lt. Dotsy Doheny in the series Ultimate Force. Bamber has also starred as Dr. Tyler Wilson in the series Monday Mornings and as Kev Allison in the series The Smoke. In 2006 he was nominated for a Saturn Award for Best Supporting Actor on Television for Battlestar Galactica. Jamie Bamber is married to actress and singer Kerry Norton and the couple has three daughters together. 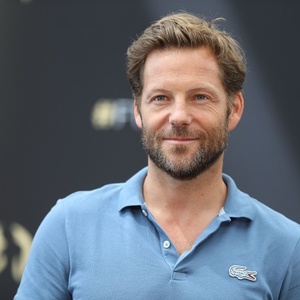