James Woods Net Worth: James Woods is an American actor who has a net worth of $10 million. Woods is one of the most celebrated actors in Hollywood, having taken roles in a wide range of different projects. He started out as a theater actor but later graduated to starring performances in some of the biggest films of the past few decades. He is also an accomplished voice actor. Over the course of his career, James has won numerous awards with many other nominations to his name. In 1998, he was given a star on the Hollywood Walk of Fame.

Early Life: James Howard Woods was born on April 18th of 1947 in Vernal, Utah. Raised in a Catholic household alongside a much older brother, Woods grew up in Warwick, Rhode Island. Woods' father was an army intelligence officer who passed away in 1960.

After graduating from high school, James attended the Massachusetts Institute of Technology. Initially, he saw himself becoming an eye surgeon while studying at MIT, but he quickly fell in love with acting after joining a student theatre group. After acting in a number of school plays, he dropped out of school just one semester short of graduating in order to pursue a career in acting.

Career: James Woods first started acting in a number of off-Broadway plays, and it wasn't until he had appeared in almost 40 stage productions that he was given the chance to appear on Broadway. That chance came with a performance of "Borstal Boy" in 1970. Further Broadway productions came with "The Trial of the Catonsville Nine," "Moonchildren," and "Finishing Touches."

During this period, Woods was also establishing himself as a television and film actor with a number of small roles. His film role came in 1972 with "The Visitors," and in 1973 he followed up with "The Way We Were." Woods truly arrived on the scene with a critically-acclaimed performance in the miniseries "Holocaust" alongside Meryl Streep. By 1979, he had booked a starring role in the film "The Onion Field." Critics heaped praise upon Woods for his performance, and he was nominated for a number of awards.

Another big moment for James Woods came in 1984 when he joined Robert De Niro and Joe Pesci in the film "Once Upon a Time in America." After premiering at the 1984 Cannes Film Festival, the Sergio Leone movie received a 15-minute standing ovation. James followed up in 1986 with "Salvador." Next year, Woods won a Primetime Emmy Award for his role in the television film "Promise." Two years later, he won the award a second time for his starring role in "My Name is Bill W." To wrap up a successful decade, Woods hosted "Saturday Night Live" in 1989.

One of James Woods' most famous roles came in the 90s, when he appeared in Martin Scorsese's "Casino," once again joining Robert De Niro. Another notable role of this decade came in 1995 with "Nixon." In 1997, he established himself as a voice actor, lending his voice to the character of Hades in the Disney animated film "Hercules." He reprised his role in the resulting television spin-off and continued to work as a voice actor in video games like "Kingdom Hearts." To wrap up the 90s, James Woods appeared in the film "The Virgin Suicides."

Woods continued to work as a voice actor throughout the 2000s in a number of animated films, video games, and TV shows. In the mid-2000s, Woods booked a recurring role in the series "Shark." To kick off the 2010s, he appeared in the film "Too Big to Fail." In 2012, he booked a role in the series "Coma."

Relationships: Woods' first marriage was to costume designer Kathryn Morrison-Pahoa in 1980, but they divorced three years later. Six years later in 1989, he married Sarah Owens, an equestrian who was 16 years his junior. Their marriage lasted four months before ending in divorce.

Legal Issues: James Woods sued actress Sean Young after alleging that she was stalking him. She responded by claiming he was trying to get revenge after she rejected his romantic advances. The suit was settled out of court, and Young was awarded $227,000 to cover her legal fees.

Political Views: Woods started out as a Democrat, but became an Independent after Bill Clinton's impeachment. He then became a Republican and supported President Trump. In 2018, James Woods was dropped by his talent agency. He then claimed that he was dropped because of his right-wing views. He also stated that many entertainers are afraid to speak out in support of President Trump because of blacklisting in Hollywood.

Woods frequently voices his political views on Twitter. He has over 2 million followers and is famous for putting forward controversial ideas and theories. He has called George Soros a Nazi collaborator and has criticized figures such as Bernie Sander.

Sexual Assault Allegations: In 2017, James Woods was accused by actress Amber Tamblyn of trying to seduce her and a friend when they were both 16. According to Tamblyn, Woods offered to take them both to Las Vegas and didn't change his course of action even when the girls told him how old they were. Woods denied these allegations.

Real Estate: James Woods has a significant real estate portfolio. In 2014, Woods purchased a property in Hollywood Hills for $2.2 million. As of 2018, the property was back on the market with a price tag of $2.55 million. In 2015, James acquired a property with a swimming pool in Beverly Hills for $2.25 million.

In 2017, he acquired a nearby house in the Beverly Hills area for $2.1 million. The property features 1,705 square feet of living space. He originally listed the property for $2.66 million, but in 2018 he had lowered the price to just $2.25 million. In addition, James Woods owns a property in Exeter, Rhode Island. As of 2018, the lake-front property was for sale for $1.1 million, although it was also available to rent for $4,000 per month. 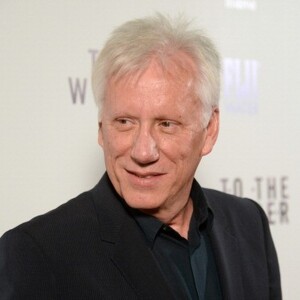