James Wolk Net Worth: James Wolk is an American actor who has a net worth of $2 million. James Wolk was born in 1985 in Farmington Hills, Michigan to a teacher mother and a shop owner father. Wolk earned his degree from the University of Michigan's School of Music, Theatre and Dance in 2007. He made his on-screen debut a year earlier in 2006's "The Spiral Project" as Jordan. His film credits include several short movies and several made-for-TV movies, including "Forgotten Land", "Front of the Class", and "8 Easy Steps". Wolk has also appeared in 2010's "You Again" as William Olsen and in 2012's "For a Good Time, Call…" as Charlie. Wolk made his TV debut in a 2008 episode of "As the World Turns" as a sailor. He went on to appear in five episodes of "Lone Star" as Robert Allen in 2010 and in an unsold TV pilot of "Georgetown" as Andrew Pierce in 2011. Wolk landed a three-episode part in the hit series "Shameless" in 2012 and a three-episode part in "Happy Endings" the same year. Wolk has also played Doug Hammon in 2012's "Political Animals". Wolk landed the part of Bob Benson in a dozen episodes of "Mad Men" from 2013 until 2014, earning a nomination for a Satellite Award for Best Supporting Actor in a Series, Miniseries, or Television Film. Wolk most recently starred in 22 episodes of "The Crazy Ones" as Zach Cropper from 2013 until 2014. He is heavily involved with the Brad Cohen Tourette Foundation and works at a camp for children who have Tourette syndrome. 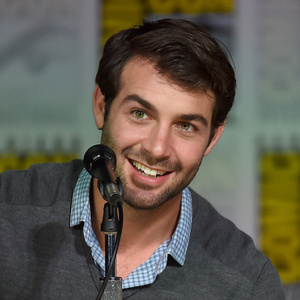