James Tupper net worth: James Tupper is a Canadian actor who has a net worth of $4 million. James Tupper was born in Dartmouth, Nova Scotia, Canada in August 1965. From 2006 to 2008 he starred as Jack Slattery on the television series Men in Trees. Tupper starred as Dr. Chris Sands on the TV series Mercy from 2009 to 2010.

From 2010 to 2011 he had a recurring role as Dr. Andrew Perkins on the series Grey's Anatomy. From 2011 to 2015 he starred as David Clarke on the television series Revenge. Tupper starred as Joshua Copeland on the TV series Aftermath in 2016. In 2017 he starred as Nathan Carlson on the TV mini-series Big Little Lies.  He has appeared in the movies Corky Romano, Joe Dirt, Mr. Popper's Penguins, Girl Fight, and more. Tupper became involved with actress Anne Heche in 2007 and holds a Master's Degree from Rutgers University. 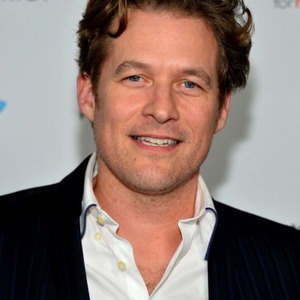