How much is James Toseland Worth?

James Toseland Net Worth: James Toseland is an English former motorcycle racer who has a net worth of $15 million dollars. Born James Michael Toseland on 5 October 1980, in Doncaster, South Yorkshire, he pursued a prolific career that he was forced to end due to an injury. Teenaged Toseland made his beginnings in the sport during the UK Superteen series, whereas he rose to prominence throughout the 90s. In a pro racing career that spanned over a decade, from 2001 to 2011, Toseland won two World Superbike Champions, one on a Ducati in 2004 and other on a Ten Kate Honda in 2007. Thus, he became the one of only two men to have won the World Superbike Championship for two different manufacturers, the other being Troy Corser. He officially retired from the sport on 9 September, 2011 because of a wrist injury he sustained in March the same year. Upon his retirement, he dedicated himself to leading a music career as he is a keen pianist and singer-songwriter. Apart from his regular performances with his band called Crash at gigs across the world, Toseland also performs solo. Toseland's most recent appearances include his performance alongside Ray Stubbs for BBC's Sport Relief as well as the one at the British sports personality of the year awards in 2007. 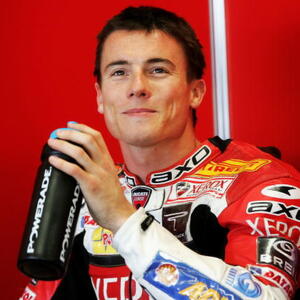