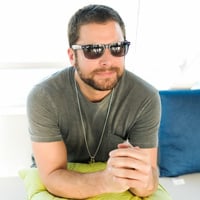 James Roday net wort and salary: James Roday is an American actor, director, and screenwriter who has a net worth of $10 million dollars. Born in San Antonio, Texas, James Roday graduated from the Tisch School of the Arts Experimental Theater Wing at New York University with a BFA in Theater. He began his professional on-camera career in the late 90s, appearing in the projects, "Coming Soon", and "Ryan Caulfield: Year One". Throughout the early 2000s, he went back and forth between guest starring and co-starring roles on film and television projects, including "Get Real", "Repli-Kate", "Providence", "Showtime", "Rolling Kansas", "Miss Match", "Don't Come Knocking", "The Dukes of Hazzard", and "Skinwalkers". He also launched his own Los Angeles-based theater company called Red Dog Squadron. He is most widely recognized for his starring role on the hit series, "Psych". He served as a writer, director and producer of the show from 2009 to 2014. In addition to his work on "Psych" he has also appeared in the film, "Gamer", and occasionally announces for the WWE.