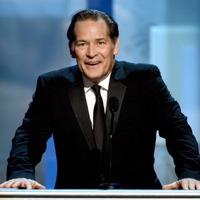 James Remar net worth: James Remar is an American actor and voice artist who has a net worth of $5 million dollars. James Remar was born William James Remar on December 31, 1953 in Boston, Massachusetts. He has spent most of his film career playing villains. He is known for his roles as the violent and aggressive Ajax in the 1979 cult film "The Warriors" and as the murdering sociopath Albert Ganz in the 1982 hit "48 Hrs." He played Richard, the on-off tycoon boyfriend of Kim Cattrall' s character in "Sex and the City"; Dutch Shultz in "The Cotton Club"; Lord Raiden in "Mortal Kombat: Annihilation"; and Giuseppe Salvatore in Vampire Diaries". Remar has appeared in many films, including: "The Clan of the Cave Bear", "Drugstore Cowboy", "Blink", "Fatal Instinct", "Boys on the Side", "Judge Dredd", "Wild Bill", "Hellraiser: Inferno", "2 Fast 2 Furious", "Blade: Trinity", "Pineapple Express", "Transformers: Dark of the Moon", "Transformers: Age of Extinction", and "Django Unchained." Remar is the only actor to die twice, as two different characters in Quentin Tarantino's smash hit Django Unchained. More recently Remar played Harry Morgan on "Dexter". Since 2009 he has done voiceover work in ads for Lexus cars. He recently appeared in a recurring role on "Grey's Anatomy" as Alex Karev's long-lost father.