James Rebhorn net worth: James Rebhorn was an American actor who had a net worth of $2 million. James Rebhorn was born on September 1, 1948 in Philadelphia, Pennsylvania. His acting career spanned more than 50 years and he has been involved in over 100 productions in his lifetime including film, television, and stage performances.

Over the years he appeared in several major blockbusters like Independence Day, The Game, My Cousin Vinny, Scent of a Woman, Cold Mountain, and Meet The Parents. More recently he was probably most well known for playing Claire Danes' father on the Showtime drama Homeland. He also played the District Attorney on the infamous two-part Seinfeld series finale, and made appearances in Third Watch, Law & Order, Boston Legal and 30 Rock, as well as playing Reese Hughes on White Collar. In addition to prime time television, Rebhorn also had a lucrative career in daytime soap operas. Guiding Light fans remember him as Bradley Raines and he also played Henry Lange on As the World Turns. He and his wife, Rebecca Linn, had two daughters, Emma Rebecca Rebhorn Feldman(born in 1984) and Hannah Rebhorn. Sadly, James died on March 21, 2014 from skin cancer. He was 65 years old and had been suffering from Melanoma since 1992. 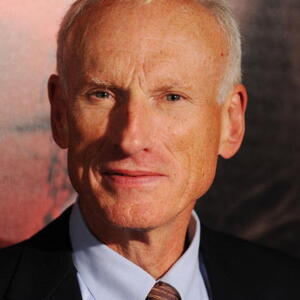