James Purefoy net worth and salary: James Purefoy is an English actor who has a net worth of $6 million. James Purefoy first became famous to worldwide audiences after playing the role of Mark Antony in the HBO series Rome. He was born on June 3, 1964 in Taunton, Somerset, England. James  studied acting at the British drama school the Central School of Speech and Drama.

Some of his early stage roles include Romeo in "Romeo and Juliet", Walter in "Mary Morgan" and Alan Strang in "Equus". Purefoy joined the Royal Shakespeare Company (RSC) in 1988 and appeared on stage in "The Constant Couple", "Macbeth", "The Tempest", "The Man Who Came to Dinner" and "King Lear". Between March and June 2011 he starred as Peter in Trevor Nunn's production of Flare Path at the Theatre Royal, Haymarket, during the centenary year celebrations. He has also appeared in some major films such as the eight-part miniseries A Dance to the Music of Time, A Knight's Tale, Vanity Fair and Mansfield Park. He has appeared in some major roles in several television costume dramas, including Sharpe's Sword, The Tenant of Wildfell Hall, The Prince and the Pauper, and Rome. From 2013-2015 he starred in the TV show The Following. In the 2016 movie Churchill he played the role of King George VI. 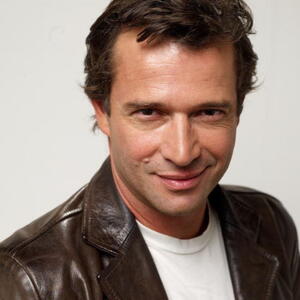