How much is James Pickens, Jr Worth?

James Pickens, Jr. net worth and salary: James Pickens, Jr. is an American actor who has a net worth of $13 million dollars. James Pickens, Jr. was born in Cleveland, Ohio, and began acting while at Bowling Green State University. He began his professional acting career after moving to New York City in the late 70s. His first major professional role was in "A Raisin in the Sun" with the Roundabout Theater Company. From there, he on to appear in "A Soldier's Play" with Samuel L. Jackson and Denzel Washington. After relocating to Los Angeles, he began working on the soap, "Another World". He has continued to work steadily ever since, and has appeared in such film projects as, "Dead Presidents", "Nixon", "Ghosts of Mississippi", "Bulworth", "How Stella Got Her Groove Back", "Just Wright", and "42", and in such television projects as, "Blossom", "Doogie Howser, M.D.", "Beverly Hills, 90210", "Touched by an Angel", "Roseanne", "JAG", and "NYPD Blue". He is most widely recognized for his co-starring roles on "The X-Files" as Deputy Director Kersh and on "Grey's Anatomy" and "Private Practice" as Richard Webber. 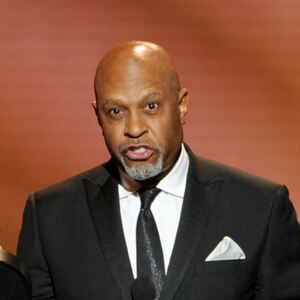