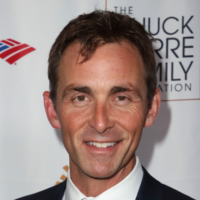 James Patrick Stuart net worth: James Patrick Stuart is an American actor and voice actor who has a net worth of $2 million. James Patrick Stuart was born in Encino, California in June 1968. He has over 120 acting credits to his name starting with starring as Dr. Zee in the television series Galactica 1980 in 1980. Stuart next appeared in the 1990 movie Pretty Woman. From 1990 to 1995 he starred as Will Cortlandt in the soap opera All My Children. In 1998 Stuart starred as Greg Champlain in the TV series The Simple Life. From 2002 to 2004 he starred as Keith in the series Andy Richter Controls the Universe. From 2003 to 2005 Stuart had a recurring role as Attorney Adam Matthews in the television series CSI: Crime Scene Investigation. From 2008 to 2009 he starred as Charles Clark in the TV series 90210. Stuart provided voice work for the series The Penguins of Madagascar from 2008 to 2013. Since 2014 he has starred as Zeg in the TV series Blaze and Monster Machines. Stuart has also had recurring roles in the TV series Encore! Encore!, JAG, Judging Amy, Second Time Around, Still Standing, Emily's Reasons Why Not, The Closer, Hot in Cleveland, Supernatural, and Happyland. He has also starred in the movies Gettysburg, Gods and Generals, Cruel World, Remarkable Power, The Man Who Came Back, Jack Rio, Imagine That, It's Complicated, A Taste of Romance, and Something Wicked. In 1992 he was nominated for a Daytime Emmy Award for All My Children.