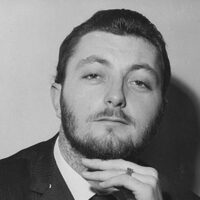 James Mitchum net worth: James Mitchum is an American actor who has a net worth of $1 million. James Mitchum was born in Los Angeles, California in May 1941. He first appeared in the movie Colorado Territory in 1949 and then starred as Robin Doolin in the 1958 film Thunder Road. In 1959 Mitchum starred in the movies The Beat Generation and Girls Town. He starred in the films The Last Time I Saw Archie in 1961 and Young Guns of Texas in 1962. He starred in the movies The Victors in 1963 and Grand Canyon Massacre and Ride the Wild Surf in 1964. In 1965 Mitchum starred in the films In Harm's Way, The Money Trap, and The Tramplers. He went on to star in the movies Ambush Bay, The Invincible Six, Two-Lane Blacktop, The Last Movie, Moonrunners, Trackdown, The Ransom, Blackout, Monster, Hollywood Cop, Code Name: Zebra, Mercenary Fighters, Predators of the Magic Stone, Leathernecks, Mal d'Africa, Enemy, Gengis Khan, and Genghis Khan: The Story of a Lifetime. James Mitchum is the brother of actor Christopher Mitchum. He is also the uncle of the actor Bentley Mitchum. His role in Thunder Road was originally written for Elvis Presley.