James McAvoy net worth and salary: James McAvoy is a Scottish actor who has a net worth of $20 million. James McAvoy is best known for his performances in such films as "The Last King of Scotland," "Atonement," and "Wanted." He has also famously appeared as the superhero character Professor Charles Xavier in three "X-Men" films, as well as in "Deadpool 2" and "Dark Phoenix." McAvoy garnered additional attention for playing a man with a dissociative identity disorder in the M. Night Shyamalan movies "Split" and "Glass."

Early Life and Career Beginnings: James McAvoy was born in 1979 in Glasgow, Scotland. His father, James, was a builder, while his mother, Elizabeth, was a psychiatric nurse; they split when their son was seven. Because Elizabeth struggled with her health, McAvoy was sent to live with his maternal grandparents in a nearby area of Glasgow. Brought up Roman Catholic, he attended the Catholic St Thomas Aquinas Secondary School, and for a time considered joining the priesthood. Later, McAvoy turned down his offer to join the Royal Navy when he was given a place to study at the Royal Scottish Academy of Music and Drama. He graduated in 2000, and subsequently moved to London.

McAvoy made his acting debut in "The Near Room" when he was fifteen. Later, in the early 2000s, he mostly appeared on television; his credits included the BBC One series "State of Play," the science-fiction miniseries "Frank Herbert's Children of Dune," and an episode of the World War II miniseries "Band of Brothers," executive-produced by Tom Hanks and Steven Spielberg. McAvoy also began performing on stage during this time, drawing particular notice for his role as a gay hustler in the play "Out in the Open."

Success on Film: It was in 2003 that McAvoy started to land major parts on the big screen. That year, he had a leading role in "Bollywood Queen" and a supporting role in the ensemble drama "Bright Young Things." The following year, he had three films: the romantic comedy "Wimbledon," with Kirsten Dunst and Paul Bettany; the English-dubbed version of the animated Danish fantasy "Strings"; and "Inside I'm Dancing," an Irish comedy-drama. Mainstream success came in 2005 when McAvoy appeared as Tumnus in the big-screen adaptation of C.S. Lewis' "The Chronicles of Narnia: The Lion, the Witch and the Wardrobe." 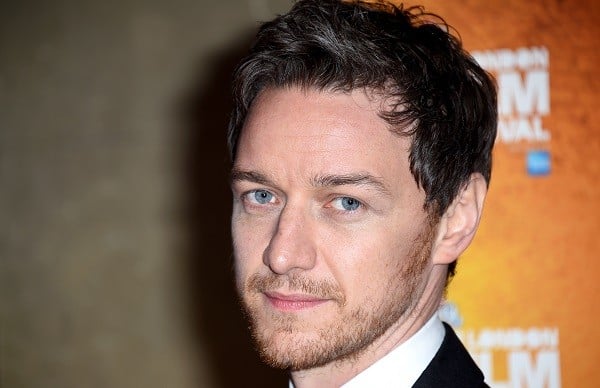 Later Roles and "X-Men": Following the success of "Atonement," McAvoy appeared alongside Angelina Jolie and Morgan Freeman in the action film "Wanted." Based on the eponymous comic book series, it was a hit at the box office, grossing $341 million on a $75 million production budget. The next year, McAvoy costarred in the Leo Tolstoy biopic "The Last Station," which featured Oscar-nominated turns from Helen Mirren and Christopher Plummer. Other roles from this period included a voiceover part in the animated Shakespeare parody "Gnomeo & Juliet," and a leading role in Robert Redford's historical drama "The Conspirator."

In 2011, McAvoy achieved a new level of stardom when he made his debut appearance as the telepathic superhero Professor X in "X-Men: First Class." The comic-book prequel film focused on the relationship between McAvoy's Professor and the supervillain Magneto, played by Michael Fassbender. McAvoy would later reprise his role in a number of future Marvel entries including "X-Men: Days of Future Past," "X-Men: Apocalypse," and "Deadpool 2." Beyond this series, the actor also attracted widespread attention for his performances in films such as "Trance," "Filth," and "The Disappearance of Eleanor Rigby." For "Filth," the actor won Best Actor from the British Independent Film Awards. In 2016, he received some of the best reviews of his career for his performance as a man with a multiple-personality disorder in the thriller "Split"; he reprised the role in 2019's "Glass."

Theatrical Career: In addition to film, McAvoy has a substantial career on stage. His credits include "The Tempest," "The Reel of the Hanged Man," "Lovers," "Out in the Open," "Privates on Parade," and "Three Days of Rain." In 2013, he played the titular role in Shakespeare's "Macbeth" on London's West End. Two years later, for his performance as Jack Gurney in "The Ruling Class," McAvoy was awarded Best Actor at London's Evening Standard Theater Awards.

Personal Life and Philanthropy: While working on the acclaimed British TV series "Shameless," McAvoy began a relationship with actress Anne-Marie Duff. They married in 2006 and had a son, Brendan, in 2010. In 2016, the two divorced. Later, in 2017, McAvoy started dating the Philadelphia-born Lisa Liberati. In 2020, the two moved into a large home in London.

McAvoy contributes to many humanitarian causes. He participated in a BASE jump from the world's tallest hospital building to raise money for Retrak, a Ugandan children's charity. He is also involved with the British Red Cross, with which he has traveled to Uganda to support. In 2015, McAvoy helped fund a large scholarship program at his alma mater, and in 2020 donated to a crowdfunding campaign to help mitigate the spread of COVID-19 in the UK. 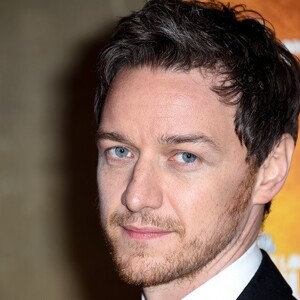