James Marsters Net Worth: James Marsters is an American actor and musician who has a net worth of $5 million. James Marsters was born in Greenville, California in August 1962. James played the role of Winnie the Pooh in fourth grade and joined the theater group at his high school.

He studied at the Pacific Conservatory of the Performing Arts and the Julliard School. He moved to Chicago, Illinois and acted professionally in The Tempest. He moved to Seattle, Washington in 1990 and formed the New Mercury Theatre. His first role came in the series Northern Exposure from 1992 to 1993. Marsters' first film role came in the movie House on Haunted Hill in 1999. One of his best known roles came starring as Spike in the TV series Buffy the Vampire Slayer from 1997 to 2003. He also starred as Spike on the series Angel from 1999 to 2004. From 2005 to 2010 James had a recurring role on the series Smallville. As a musician he has played in bands in several years. He was the lead singer for the rock band Ghost of the Robot from 2003 to 2004. Marsters' debut solo album Civilized Man was released in 2005 and he has released two other albums. He has won three Saturn Awards, two SFX Awards, a Spacey Award, and an S.E.T. Award. James married Patricia Rahman in 2011. James Marsters had a son with ex-wife Liane Davidson and is the legal guardian of his niece. 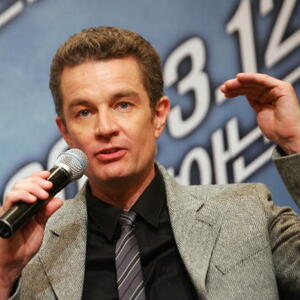