James MacArthur net worth: James MacArthur was an American actor who had a net worth of $20 million at the time of his death. He was best known for starring as Danny "Danno" Williams on the TV series Hawaii Five-O.

James MacArthur was born in Los Angeles, California in December 1937 and passed away in October 2010. He first appeared in the film Take the High Ground! in 1953. MacArthur starred as Danny Williams on the TV series Hawaii Five-O from 1968 to 1979. He starred in several films and episodes of TV series including The Young Stranger, Studio One, The Light int eh Forest, Third Man on the Mountain, Kidnapped, Swiss Family Robinson, Walt Disney's Wonderful World of Color, The Untouchables, The Interns, The Great Adventure, Battle of the Bulge, Gunsmoke, Tarzan, Bonanza, Hang 'Em High, Fantasy Island, The Love Boat, and more. He was married three times including to Joyce Bulifant and Melody Patterson and was the son of Charles MacArthur and Helen Hayes as well as the nephew of John D. MacArthur and the cousin of J. Roderick MacArthur. James MacArthur passed away on October 28, 2010 at 72 years old. 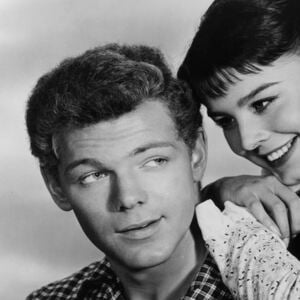