James Keach net worth: James Keach is an American actor, director, and producer who has a net worth of $20 million dollars. James is perhaps most-notable for being married to actress Jane Seymour from 1993 to 2015. James directed and executive produced "Dr Quinn, Medicine Woman", which ran 149 episodes and starred Jane. He also produced the Oscar-winning movie "Walk the Line".

James Keach was born in Savannah, Georgia on December 7, 1947. He grew up in a family of actors and directors. He went on to graduate from Northwestern University, and then earned a Master's Degree from the Yale School of Drama.

As an actor, he has played co-starring, guest-starring, and supporting roles in such projects as, "Cannon Ball", "Love Letters", "The Razor's Edge", "Walk the Line", "Kung Fu", "Switch", "Starsky and Hutch", and "Dr. Quinn, Medicine Woman". As a director, he has worked on such projects as, "The Forgotten", "The Young Riders", "Dr. Quinn, Medicine Woman", "Blackout", "JAG", "The District", and "Waiting for Forever". He has produced such projects as "The Long Riders", "The Forgotten", "Murder in the Mirror", "Enslavement: The True Story of Fanny Kemple", "Walk the Line", "Blind Dating", and "Waiting for Forever".

His brother is fellow actor Stacy Keach and his ex wife is actress Jane Seymour. James and Jane were married from 1993 to 2015. They had two children together, twin sons. He also has a son from a previous marriage to Holly Collins, sister of singer Judy Collins.

In 2004 James and Jane bought Stacy Keach's clifftop Malibu mansion for $4.5 million. Stacy had owned the six-acre property for 25+ years and the existing structures were totally dilapidated. Jane and James reportedly spent $5 million on renovations over several years. The end result was a stunning 6,300 square-foot Tudor-style mansion that today features a recording studio and a cinema that can be converted into a full stage.

At one point Jane and James listed the home for sale for $16 million. According to the public real estate records, they never found a buyer and Jane occupies the home today. Today the property is likely worth $20+ million.

At one point they owned a second Malibu mansion which they appear to have sold for $11 million in the early 2010s. They also owned a home in Sherman Oaks, California and at one point owned a large estate in an English town called Bath. 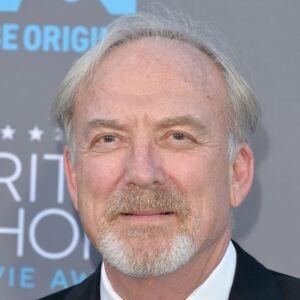