James Hong net worth: James Hong is an American actor, voice actor and director who has a net worth of $8 million. Born February 22, 1929 in Minneapolis, Minnesota, James Hong has had a long acting career spanning more than 50 years in more than 500 roles in film, television and even video games. He is the former president of the Association of Asian/Pacific American Artists (AAPAA).

Hong's father immigrated from Hong Kong to Chicago (via Canada), where he opened a restaurant. James Hong's show business career began in the '50s when he redubbed soundtracks of several Asian films. Between 1956 and 1965, he appeared in such shows as a western aviation adventure series (Sky King), the TV show The New Adventures of Charlie Chan, Walt Disney's ABC series Zorro and CBS's Perry Mason. In the '70s he had a small part on The Bob Newhart Show. He is perhaps most widely known as the immortal ghost sorcerer in John Carpenter's cult classic Big Trouble in Little China (1986). Hong has appeared in many other popular shows, a few of which are The West Wing, The Big Bank Theory, Alias and Friends. He is also known for his voice artistry for various media formats and has directed such films as Teen Lust. Hong currently lives in Los Angeles with his wife Susan, whom he married in 1977. 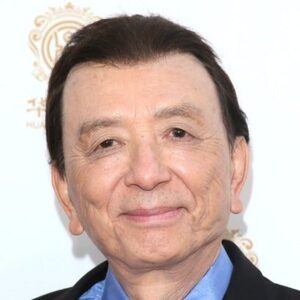