James Garner net worth: James Garner was an American film and television actor who had a net worth of $20 million. James Garner was best known for his starring roles on such television series as "Maverick" and "The Rockford Files." He was also a leading man in numerous movies over the decades, including "The Great Escape," "Grand Prix," "Marlowe," and "Murphy's Romance," for which he earned an Academy Award nomination. Later, in the 2000s, Garner appeared in films such as "Space Cowboys" and "The Notebook."

Early Life and Military Service: James Garner was born as James Scott Bumgarner in 1928 in Denver, Oklahoma. His father was Weldon, a German American widower, and his mother was Mildred, who passed away when Garner was five. He was raised Methodist with his older brothers Jack and Charles. Following the end of World War II, Garner went to live with his father in Los Angeles, and attended Hollywood High School. Later, returning to Oklahoma, he enrolled at Norman High School, where he played basketball, football, and golf, and competed on the track team. During his senior year, he dropped out.

After having worked as a merchant mariner in the United States Merchant Marine, Garner enlisted in the California Army National Guard. He served his first seven months in California, and then went to Korea for 14 months as a rifleman with the 5th Regimental Combat Team. Among other honors, he was awarded a Korean Service Medal, a United Nations Service Medal for Korea, and a Purple Heart.

Career Beginnings and "Maverick": In 1954, Garner's friend Paul Gregory encouraged him to take a nonverbal part in the Broadway production of "The Caine Mutiny Court-Martial." Following this, Garner was cast in commercials and in larger television roles. Although he was passed over for the leading role on the Westerns series "Cheyenne," Garner still made an appearance on that show's 1955 pilot episode. The next year, he made his feature film debut in "The Girl He Left Behind" and "Toward the Unknown."

After appearing in "Sayonara" with Marlon Brando in 1957, Garner had his breakthrough role playing professional gambler Bret Maverick on the ABC Western series "Maverick." A massive hit, the program beat both "The Steve Allen Show" and "The Ed Sullivan Show" in its time slot, and made Garner a household name. The series ran until 1962, and earned the actor an Emmy Award nomination. 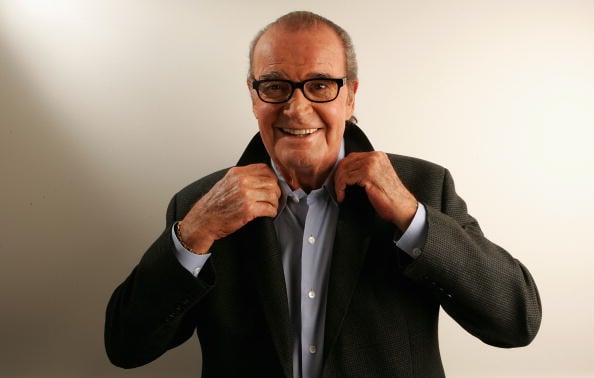 1960s on Film: Following a bitter departure from Warner Bros., Garner was hired by William Wyler to star in 1961's "The Children's Hour" with Audrey Hepburn and Shirley MacLaine. It was the beginning of a prolific decade for the actor, as he had subsequent leading roles in "Boys' Night Out," with Kim Novak, and "The Thrill of it All" and "Move Over, Darling," both with Doris Day. Next, he starred in three World War II dramas: the classic Steve McQueen epic "The Great Escape," Paddy Chayefsky's "The Americanization of Emily," costarring Julie Andrews, and "36 Hours," with Eva Marie Saint.

For the remainder of the decade, Garner headlined such films as the romantic comedy "The Art of Love"; the Westerns "Duel at Diablo" and "Hour of the Gun"; the adventure comedy "A Man Could Get Killed"; and the racing drama "Grand Prix," which sparked Garner's professional interest (and later career) in the sport. Garner closed out the decade with "The Pink Jungle," the comedy Western "Support Your Local Sheriff!," and the detective drama "Marlowe," in which he played the titular private investigator.

1970s and "The Rockford Files": Garner returned to television in 1971 to star in the offbeat Western series "Nichols." That year, he also starred in the comedy movies "Support Your Local Gunfighter!" and "Skin Game." This was followed by the films "They Only Kill Their Masters," "One Little Indian," and "The Castaway Cowboy." However, Garner's next biggest success came in 1974 when he was cast as private investigator Jim Rockford on "The Rockford Files." Conceived as a modern-day remake of "Maverick," the program ran for six years; Garner received Emmy Award nominations for all six seasons, winning one in 1977.

1980s and 90s: In 1981, Garner reprised his earlier role in the revival series "Bret Maverick." Despite fairly good ratings and an Emmy nomination for Garner, NBC canceled the show after one season. Subsequently, Garner appeared in numerous television movies, including "Heartsounds" with Mary Tyler Moore; "Promise," costarring Piper Laurie and James Woods; and "My Name is Bill W.," also with James Woods. For all of those works, Garner received Emmy Award nominations. Meanwhile, one of Garner's greatest screen successes came in the 1985 romantic comedy "Murphy's Romance." Starring opposite Sally Field, the actor received his first and only Academy Award nomination. Following this, Garner played the officer Wyatt Earp for the second time on screen, this time in the 1988 film "Sunset."

In the 90s, Garner was on the short-lived television series "Man of the People," played the lead role in the HBO movie "Barbarians at the Gate," and reprised his role as Jim Rockford in eight television films based on "The Rockford Files." He was also in the film adaptation of "Maverick," starring Mel Gibson in the title role. In 1996, Garner starred opposite Jack Lemmon in the comedy film "My Fellow Americans," and in 1998, was in the thriller "Twilight."

Late Career: Among Garner's later credits were "Space Cowboys," starring Clint Eastwood; the literary adaptation "Divine Secrets of the Ya-Ya Sisterhood"; and the romantic tearjerker "The Notebook," for which he received a Screen Actors Guild Award nomination. On television, Garner joined the cast of "8 Simple Rules" in 2003, following the death of star John Ritter. Playing Granda Jim Egan, he remained on the series until its ending in 2005. Ultimately, Garner wracked up 15 Emmy Award nominations across a television career spanning over five decades.

Personal Life: After meeting her at a party in 1956, Garner wed Lois Josephine Fleischman Clarke. They had one daughter, Greta, who is an author, artist, and philanthropist. In 1970, Garner and Clarke temporarily lived separately for three months; they separated again in 1979, before rejoining in 1981.

Garner struggled with health problems. Due to his physically strenuous work on "The Rockford Files," he underwent multiple knee operations. In 1988, he had quintuple bypass heart surgery, and in 2008, had surgery following a severe stroke. In 2014, Garner passed after suffering a heart attack brought on by coronary artery disease. He was 86. 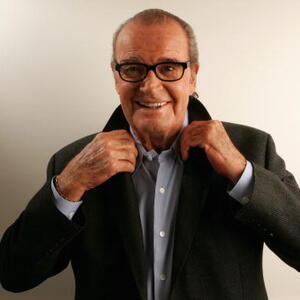