How much is James Franco Worth?

James Franco Net Worth: James Franco is an American actor, director, screenwriter, film producer, artist, and poet who has a net worth of $30 million. One of his most critically acclaimed projects is the film 127 Hours (2010), for which he was nominated for an Academy Award for Best Actor.

Early Life and Career Beginnings: James Edward Franco was born on April 19, 1978, in Palo Alto, California. His two brothers, Tom and Dave Franco, are both also actors. Franco attended Palo Alto High School, graduating in 1996. He then enrolled at the University of California, Los Angeles (UCLA) as an English major, but dropped out against his parents' wishes after his first year of classes to pursue his dream of being an actor. After dropping out of college, he took acting lessons at the Playhouse West with Robert Carnegie and supported himself by working at McDonald's.

He began auditioning for roles in Los Angeles, landing his first-ever paid role in a Pizza Hut commercial in 1997. After working in guest roles on various television shows, he landed his first big break in 1999 when he was cast as the lead on the NBC show Freaks and Geeks. Although the show only ran for 18 episodes and was eventually canceled due to low viewership, it has since become a cult hit. His first film role was in the 2000 film Never Been Kissed.

Outside of films, Franco also achieved success in television. His notable television appearances include a recurring role in the soap opera General Hospital from 2009 to 2012, a starring role in the limited series 11.22.63 in 2016, and starring in the HBO drama The Deuce from 2017 to 2019. Additionally, Franco is well-known for his frequent collaborations with fellow actor Seth Rogen, with the two appearing in multiple projects together including eight films and one television series.  In 2013, Franco was awarded a star on the Hollywood Walk of Fame at 6838 Hollywood Blvd. 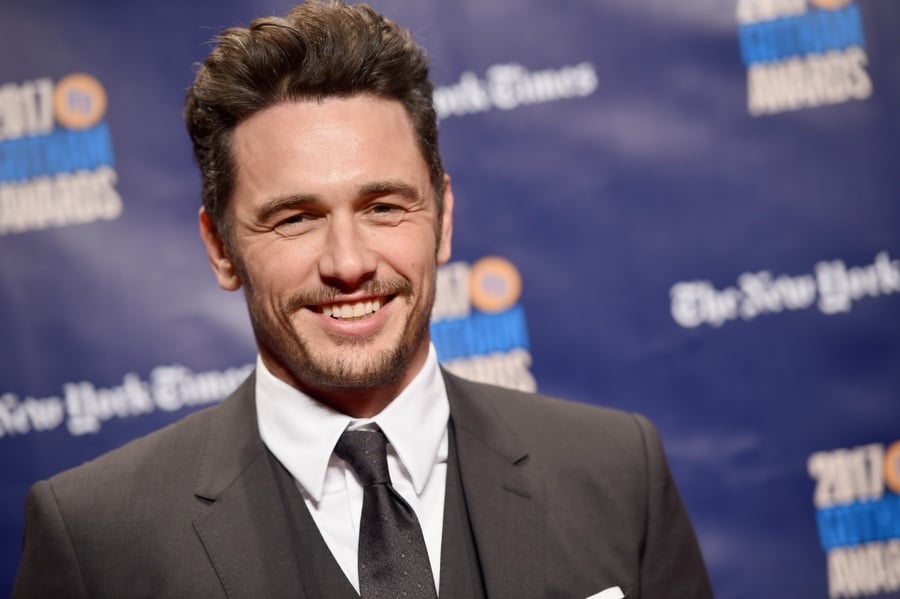 Other Projects: Franco is a skilled director in his own right, producing and directing various projects over the years. He produced and directed the documentary Saturday Night, which is centered on the production of an episode of Saturday Night Live (SNL), informed and influenced by his experience hosting two SNL episodes. His short films The Feast of Stephen and Herbert White were both presented in May 2010 at the Maryland Film Festival. Other films by Franco include the 90-minute docudrama The Broken Tower (2011), which presents the story of poet Hart Crane and his suicide. It was screened at the 2011 Los Angeles Film Festival and released on DVD in 2012.

Additionally, Franco presented his first solo art exhibition at The Clocktower Gallery in New York City, titled "The Dangerous Book Four Boys," featuring video, drawings, sculptures, and installations. Franco is also a writer. Palo Alto, his collection of short stories about growing up in Palo Alto, was published by Scribner in October 2010, although it was met with generally mixed and lukewarm critical reviews. Franco has also experimented with musical projects, and his band Daddy released their first single "Love in the Old Days" and their EP MotorCity in September 2012.

Personal Life and Education: Despite his secular upbringing, Franco describes himself as Jewish. He held an official Bar Mitzvah ceremony for himself in 2015, which was presided over by a rabbi. He dated co-star Marla Sokoloff for five years after the couple met on the set of Whatever It Takes in 1999. Later, he dated actress Ahna O'Reilly, splitting in 2011. He has faced multiple allegations of sexual misconduct, including from actress Ally Sheedy, former girlfriend Violet Pansy, and multiple women who previously either studied acting under Franco or were being mentored by him.

After dropping out of college in the late 1990s to pursue an acting career, Franco returned to school at UCLA in 2006, majoring in English with a concentration in creative writing. His undergraduate honors thesis was a novel, prepared under the supervision of novelist Mona Simpson, and graduated in June 2008. He continued on to invest heavily in his own education, moving to New York City to attend graduate school programs simultaneously at Columbia University School of the Arts for writing, Tisch School of the Arts at New York University for filmmaking, Brooklyn College for fiction writing, and the MFA Program for Writers at Warren Wilson College in North Carolina for poetry. He received his M.F.A. from Columbia in 2010. He has also studied in the Ph.D. English program at Yale University and attended the Rhode Island School of Design. Franco was featured in print advertisements for his alma mater UCLA with the tagline "Some A-Listers Actually Get A's." 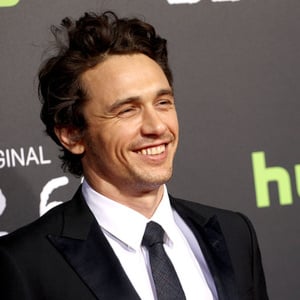