How much is James Frain Worth?

James Frain Net Worth: James Frain is an English actor who has a net worth of $3 million dollars. James Frain was born in Leeds, West Riding of Yorkshire, England, in 1968, as the oldest of eight children. Frain enrolled in the University of East Anglia for English, Film and Drama studies before studying at London's Central School of Speech and Drama. He made his big screen debut while in school in "Shadowlands" in 1993. That part, which he earned after being discovered by Richard Attenborough, launched his film career. Two years later, he earned a Best Actor nod for "Nothing Personal" at the Venice Film Festival. Frain developed a successful stage-acting career, most notably with the Royal Shakespeare Company and the Royal Court Theatre. The Broadway actor's TV credits include "The White Queen", "The Closer", "24", "Armadillo", "The Tudors", "The Cape", "True Blood", and "Grimm". He's appeared in movies such as "An Awfully Big Adventure", "Loch Ness", "Red Meat", "Hilary and Jackie", "Titus", "Where the Heart Is", "The County of Monte Cristo", "Tron: Legacy", "Water for Elephants", and "The Lone Ranger". Frain, who dabbles in art in his free time, has been married to his wife, actress Marta Cunningham, since 2004. They have two children together. 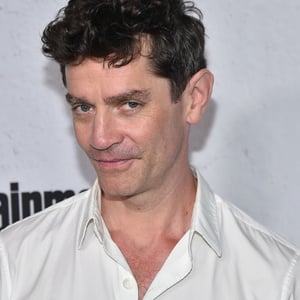