James Fox Net Worth: James Fox is an English actor who has a net worth of $4 million. James Fox was born in London, England in May 1939. His father was theatrical agent Robin Fox and his mother actress Angela Worthington. His brothers are actor Edward Fox and film producer Robert Fox. James' son is actor Laurence Fox and his niece is actress Emilia Fox. His debut film roles came in The Miniver Story and The Magnet in 1950. Some of Fox's notable film roles include The Servant in 1963 for which he won a BAFTA Award for Most Promising Newcomer, Those Magnificent Men in Their Fling Machines in 1965, King Rat in 1965, 1966's The Chase, 1967's Thoroughly Modern Millie, Isadora in 1968 and Performance in 1970 with Mick Jagger. Fox took a break from acting due to a nervous breakdown he had. After nearly 10 years he turned to acting and starred in films such as Runners in 1983, A Passage to India in 1984, and A Question of Attribution in 1992. His recent work includes The Lost World, Poroit – Death on the Nile, Charlie and the Chocolate Factory, and Sherlock Holmes. Fox was nominated for a Golden Globe for Most Promising Newcomer – Male for Those Magnificent Men… in 1966. James married Mary Elizabeth Piper in 1973 and the couple has five children together. James Fox had a relationship with actress Sarah miles and was referenced as a sexual relationship in Anjelica Huston's 2014 book. 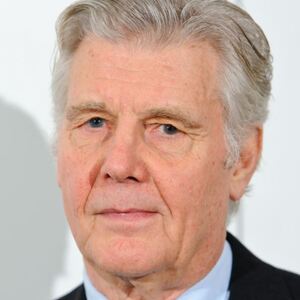