How much is James Earl Jones Worth?

James Earl Jones Net Worth: James Earl Jones is an American actor who has a net worth of $40 million. Although Jones has enjoyed a long and illustrious career as a stage, film, and voice actor, he is perhaps best known today for lending his voice to the character of Darth Vader in the original Star Wars trilogy. James has won numerous awards throughout his career, including three Tony Awards, a Grammy Award, and an Emmy Award. Jones has remained very active in the entertainment world over the decades and continues to be a prominent figure.

Early Life: James Earl Jones was born on January 17th of 1931 in Arkabutla, Mississippi. James Earl was raised primarily on a farm in Jackson, Michigan by his grandparents after his father left the family to pursue an acting career in New York and in Hollywood. Jones came to Michigan as part of the Great Migration.

Jones suffered from speech impediments shortly after moving away from Mississippi. At first, he refused to speak at all, remaining fully mute until he entered high school. A teacher later helped him deal with a stutter, although he still shows slight signs of a stutter to this day.

After graduating from high school, Jones attended the University of Michigan as a pre-med major. However, he was lured by the structure that the military offered, and joined the Reserve Officer Training Corps. He later abandoned his goal of becoming a doctor and focused wholeheartedly on drama, attending the School of Music, Theatre & Dance at the University of Michigan. Part of his reasoning for becoming involved in drama was simple: he wanted to do something enjoyable before he was drafted into service during the Korean War, as he was not sure he would ever return from the conflict.

After a brief stint working as a stagehand, James Earl Jones found himself deployed as a second lieutenant after the Korean War had ended. He attended Ranger School and then cold weather training command in Colorado. He eventually reached the rank of first lieutenant before being discharged.

Career: James Earl Jones began his career with theatre work in Michigan. In 1955, he appeared in a production of "Othello." This sparked the beginning of a career-long involvement with Shakespeare productions, and Jones became quite a prominent Shakespearean actor in the 60s.

Jones also began his film career in the 60s, starting with roles in movies like "Dr. Strangelove" and "The Comedians." He then gained recognition for starring in the play "The Great White Hope" as well as its film adaptation. After more theatre work and performances in films like "The Man" and "Claudine," Jones accepted a voiceover role as Darth Vader in 1977's "Star Wars: A New Hope." He then reprised his role in "The Empire Strikes Back" and "Return of the Jedi."

After more theatre work, Jones starred in a number of successful films during the 80s, including "Conan the Barbarian," "Coming to America" and "Field of Dreams." This string of successful film roles continued throughout the 90s, and he appeared in films like "The Hunt for Red October," "Patriot Games," "Clear and Present Danger," and many others. His voice acting career also advanced during this period, and he accepted the voice role of Mufasa in "The Lion King." During this period, he also starred in TV series such as "Gabriel's Fire," "Roots: The Next Generations," and "Heat Wave."

Over the years, more TV roles came on shows like "Law & Order," "Will & Grace," "Two and a Half Men," The Big Bang Theory," and "The Simpsons." Throughout the 2010s, Jones focused more on theatre work once again.

Relationships: In 1968, James Earl Jones married his first wife, actress Julienne Marie. Their marriage lasted for four years before ending in divorce. In 1982, Jones married another actress named Cecilia Hart. They had one child together before Hart died of ovarian cancer in 2016.

Health Issues: In 2016, Jones announced that he had been fighting type 2 diabetes for much of his life.

Star Wars Salary Debacle: When James Earl Jones was contacted with an offer to voice Darth Vader in 1977's "Star Wars" (later renamed "A New Hope"), he was skeptical about the film's potential. Although he was offered a percentage of the film's gross earnings, he elected to accept an up-front cash payment for his voice role. He ended up spending a couple of hours in the studio recording his lines, and he was paid a total of $7,000 for his time. For James, this was a great deal – as he was strapped for cash at the time and needed money to buy groceries. To put things in perspective, $7,000 in 1977 is the equivalent of about $27,000 in today's money.

However, a cash payment turned out to be an extremely ill-advised decision on Jones' part. As everyone is aware today, the Star Wars franchise went on to become one of the most popular films of our generation, and the 1977 film grossed over $775 million (not adjusting for inflation). This made it the third-highest-grossing film of all time. So what did all that mean for James Earl Jones? In short, it means that he lost a lot of money. We're talking tens of millions here.

In contrast, Sir Alec Guinness elected to accept a percentage of box office earnings as part of his contract (even though he too was skeptical about the film's potential). To date, this decision has resulted in payouts of over $95 million for his estate and heirs. This gives you an idea of what Jones missed out on. 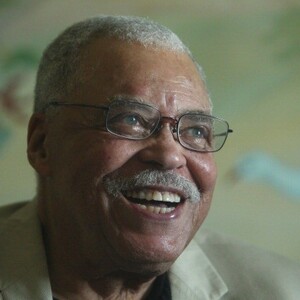