James Drury Net Worth: James Drury was an American actor who had a net worth of $1.5 million at the time of his death in April 2020. James is best remembered for his title role in the 90-minute weekly Western TV series The Virginian, (NBC, 1962–1971).

He was born James Child Drury on April 18, 1934, in New York City, New York. Being the son of a New York University professor, Drury spent his childhood dividing his time between Manhattan and Oregon, where his mother ran a ranch. Drury was just eight-years-old when he made his stage debut as King Herod in a Christmas production at a Greenwich Village settlement house. By the age of 10, he turned into a voracious reader, often acting out the characters in the books. The moment when Drury dove full-force into acting was during his studies at New York University. Having donned his craft to a certain level of perfection, he was signed by MGM in 1954. His acting turns were of the "other guy in the room" caliber like the one in Forbidden Planet (1956), so Drury's contract lapsed. Next, he spent time at 20th Century-Fox in support of Pat Boone in Bernardine (1957) and Elvis Presley in Love Me Tender (1958). In the early 1960s, he made two memorable guest appearances, one on the detective series Bourbon Street Beat and other on the drama series Perry Mason. He also played in secondary roles for Walt Disney, and in 1962 he landed the top-billed leading role of the ranch foreman on The Virginian, a hit series which ran for nine seasons. Reaching the peak of his career, Grury wasn't seen much after the show, except from playing the lead on the small screen Firehouse, which ran on the ABC network for eight months in 1974. 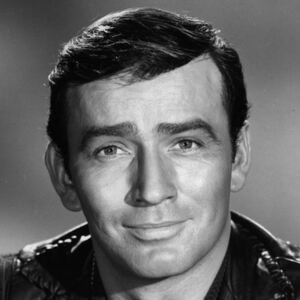