James Denton Net Worth: James Denton is an American film and television actor, best known for playing Mike Delfino in the television series "Desperate Housewives" who has a net worth of $7 million dollars. James Denton was born on January 20, 1963 in Nashville, Tennessee, and grew up in nearby Goodlettsville. Denton attended the University of Tennessee where he was a member of the Sigma Alpha Epsilon fraternity, majored in television/journalism and got his degree in advertising. Before he became an actor, he sold advertising for two radio stations. He began acting at the age of 23, at a community theater in Nashville. He eventually moved to California to become a full-time actor. He was for a time credited as Jamie Denton. Denton has appeared in several films, including "That Old Feeling", "Face/Off", and "Primary Colors". He has also appeared in various television shows including "Sliders", "Dark Skies", "Two Guys and a Girl", "Ally McBeal", "The West Wing", and "JAG", and has had recurring roles in "The Pretender", "Philly", "The Drew Carey Show", and "Reba". In 2004, Denton won his most famous role as plumber Mike Delfino on "Desperate Housewives". After "Desperate Housewives" ended, Denton and his wife moved from Glendale, California to a suburb of Minneapolis, Minnesota. 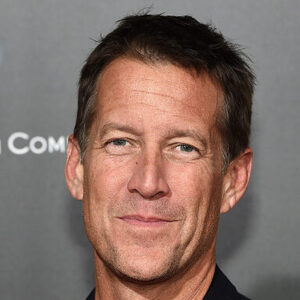