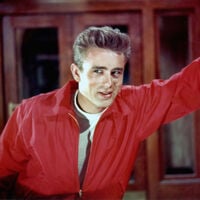 What was James Dean's Net Worth and Salary?

James Dean was an American actor who had a net worth equal to $2 million at the time of his death, after adjusting for inflation. He appeared in many television series and appeared in four films uncredited. According to reports at the time, Dean's estate was worth $96,000 which is the same as around $920,000 today. His checking account had a balance of $3,256.48.

In the months before his death, James signed a 9-movie $900,000 contract with Warner Brothers. Had he lived to make those movies, he would have earned the inflation-adjusted equivalent of $860,000 per movie, a total of $8.6 million.

Today James Dean is one of the highest-earning dead celebrities on the planet. Every year his estate earns around $5 million from various licensing arrangements.

He was born James Byron Dean on February 8, 1931 in Marion, Indiana. The family moved to Santa Monica, California when Dean was six years old. His mom, who he was very close to, died suddenly of uterine cancer in 1939, when Dean was just nine years old. His father found himself unable to care for his son and sent him to live with his aunt and uncle, Ortense and Marcus Winslow in Fairmount Indiana, who were practicing Quakers. Dean's father went on to serve in World Word II. Dean attended Fairmount High School, where he excelled academically, was popular amongst his peers, played sports, and participated in drama and competitive public speaking. After he graduated in 1949, he moved back to California and moved in with his father and his father's new wife and enrolled in Santa Monica College, where he majored in pre-law. After one semester, he transferred to UCLA and started studying drama, which resulted in a falling out and eventually estrangement from his dad. Dean was picked from a group of 250 actors to portray Malcolm in Macbeth while attending UCLA and also started acting in James Whitmore's workshop. He dropped out of UCLA after one year in order to pursue acting as a full-time career. 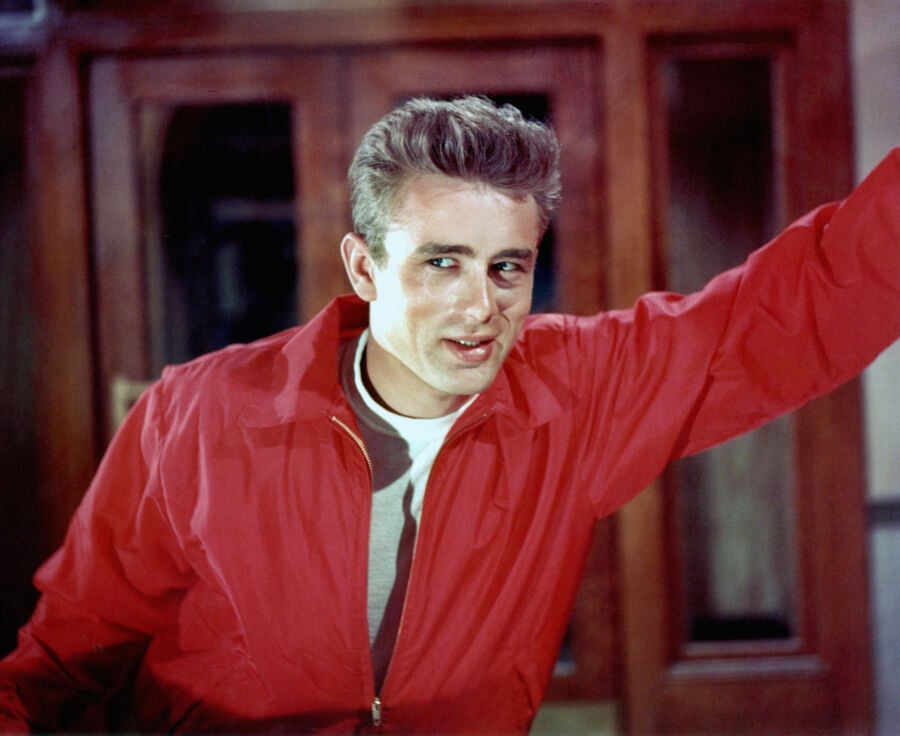 Dean's first acting gig was in a commercial for Pepsi. He was then cast as an extra in the films "Fixed Bayonets!," and "Has Anyone Seen My Gal?" in 1952. He struggled to gain roles around Hollywood but worked as a parking lot attendant for CBS studios to support himself. During this time, he met advertising agency radio director Rogers Brackett. With Brackett's assistance, Dean landed his first starring role on Broadway in "See the Jaguar." His career then picked up and he appeared in several TV shows in the early '50s.

Dean is often seen through the lens of history as a cultural icon of teenage disillusionment. Although he is well known, Dean only had leading roles in three films during his brief career. In 1955 he starred as Cal Trask in "East of Eden", for which he won a Golden Globe Special Achievement Award for Best Dramatic Actor and a Jussi Award for Best Foreign Actor. Much of his performance was ad-libbed and unscripted, including a dance scene in a bean field and his postures during a scene in which he riding on top of a boxcar of a train. His most well-known improvised scene occurs when his father rejects his gift of $5,000, when Dean turned to the actor playing his father (Raymond Massey) and lunged towards him crying in a show of extreme emotion, resulting in the look of shock scene on Massey's face. He died in 1955 and was nominated posthumously for Best Actor in a Leading Role at the 1956 Academy Awards. Sadly, East of Eden was the only film that starred Dean that he saw released in his lifetime.

One of his best-known roles was rebellious teenager Jim Stark in 1955's "Rebel Without a Cause," which was hugely popular amongst teens. His final picture was 1956's "Giant", in which he starred as Jett Rink and was nominated for a second Academy Award for Best Actor. At the end of "Giant," Dean gave a drunken speech at a banquet, which is now nicknamed "The Last Supper," due to it being the last scene before Dean died suddenly. He was set to star in "Somebody Up There Likes Me," but Paul Newman won the role after Dean's death. The film went on to win two Oscars and grossed $3,360,000. James Dean was listed as the 18th best male movie star by the American Film Institute in 1999. 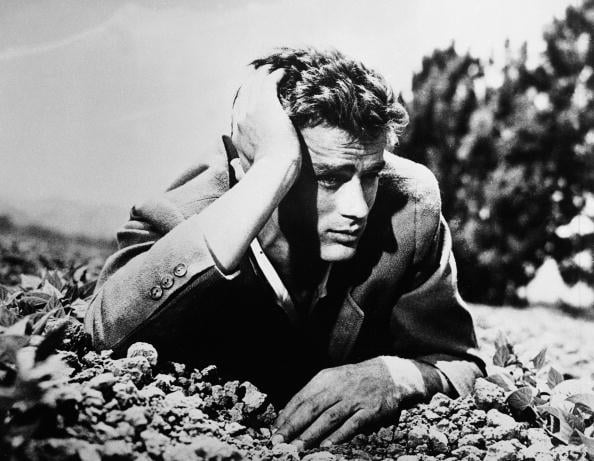 Dean dated actress Beverly Wills while at UCLA. He then dated actress Liz Sheridan beginning in 1992. He was introduced to actress Barbara Glenn by a mutual friend and they dated for two years on and off. Their love letters were sold at an auction for $36,000 in 2011.

His most well-known and public relationship was with Italian actress Pier Angeli. Rumor has it that Angeli's mother disapproved of Dean's behavior like staying out late, wearing casual clothes to dinner, drinking, and driving fast. When he left to film East of Eden, Angeli announced her surprise engagement to singer Vic Damone, which left the press shocked and Dean reeling. Dean was also spotted several times in romantic settings with Swiss actress Ursula Andress.

Dean enjoyed cars and was an auto racing driver outside of acting. On September 30, 1955, Dean was in a car accident and was unable to stop his Porsche in time before slamming into the passenger side of a Ford. His passenger was thrown from the vehicle and Dean was trapped inside with fatal injuries. Dean was pronounced dead on arrival at 6:20 p.m. when he arrived at the Paso Robles War Memorial Hospital via ambulance. He was buried on October 8, 1955 in Fairmount, Indiana. He was 24 years old.