James Darren net worth: James Darren is an American actor, director, and singer who has a net worth of $9 million. James Darren was born in Philadelphia, Pennsylvania in June 1936. He was a teen idol in the 1950s and released his debut studio album James Darren No. 1 in 1960. Darren starred in the television series The Time Tunnel as Dr. Tony Newman from 1966 to 1967.

From 1982 to 1986 he starred as Jim Corrigan in the TV series T.J. Hooker. Darren starred as Tony Marlin in the series Melrose Place in 1999 and as Vic Fontaine in the series Star Trek: Deep Space Nine from 1998 to 1999. He has also starred in the movies Rumble on the Docks, Operation Mad Bull, The Brothers Rico, The Tijuana Story, Gunman's Walk, Gidget, Drum Crazy, All the Young Men, Let No Man Write My Epitaph, The Guns of Navarone, Gidget Goes Hawaiian, Diamond Head, For Those Who Think Young, The Lively Set, and Random Acts. In 1959 Darren was nominated for a Laurel Award for Top Male New Personality. 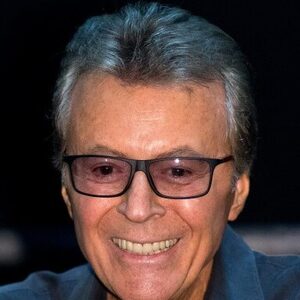