James D'Arcy Net Worth: James D'Arcy is an English actor who has a net worth of $4 million dollars. Born Simon D'Arcy in Fulham, London, England, in 1975, James D'Arcy was raised by his mother after his father's death. He earned his bachelor's degree in acting from the London Academy of Music and Dramatic Art in the mid-'90s.

Ironically, he left his diploma behind on a bus on the day of his graduation from school. D'Arcy's on-screen career began with small television parts, notably in two series from 1996: "Silent Witness" and "Dalziel and Pascoe". From there, he scored parts in made-for-TV movies such as "The Canterville Ghost" and "The Ice House". Beginning in 2001, he began landing more prominent roles. D'Arcy scored the lead part in the TV mini-series "Rebel Heart", "The Life and Adventures of Nicholas Nickleby", and "Revelation". Soon after, he portrayed Sherlock Holmes in a TV movie and later appeared in "Dot the I", "P.O.W.", "Master and Commander: The Far Side of the World", "An American Haunting", "Exorcist: The Beginning", and "The Mystery of the Blue Train". D'Arcy's most recent roles include "Hitchcock", "Cloud Atlas", "The Domino Effect", "Let's Be Cops", and "Broadchurch". He earned an Ian Charleson Award nod for Outstanding Performance in a Classical Role in 2002 for his work in "Edward II". 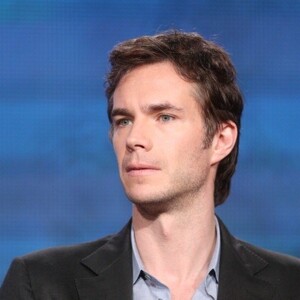