How much is James Coburn Worth?

James Coburn net worth: James Coburn was an American actor who had a net worth of $10 million. James Coburn was born in Laurel, Nebraska in August 1928 and passed away in November 2002. Coburn had over 170 acting credits to his name starting in 1957. He starred in the movies Ride Longsome, Face of a Fugitive, The Magnificent Seven, The Great Escape, Charade, Major Dundee, In Like Flint, The President's Analyst, Duffy, Candy, A Reason to Live, a Reason to Die, The Muppet Movie, Young Guns II, Sister Act 2: Back in the Habit, Maverick, The Nutty Professor, Affliction, Snow Dogs, and American Gun. Coburn appeared in episodes of the TV series Walt Disney's Wonderful World of Color, Alfred Hitchcock Presents, Bonanza, The Untouchables, Perry Mason, The Twilight Zone, Murder, She Wrote, and Arliss. Coburn received a star on the Hollywood Walk of Fame in 1994 at 7051 Hollywood Blvd. In 1999 he won an Academy Award for Best Actor in a Supporting Role for Affliction. James Coburn passed away on November 18, 2002 at 74 years of age from a heart attack. 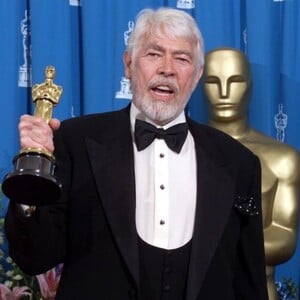