James Caviezel Net Worth and Salary: James "Jim" Caviezel is an American film and television actor who has a net worth of $25 million. Caviezel is best known for his performance as Jesus Christ in the Mel Gibson-directed "The Passion of the Christ" (2004), which grossed $622.3 million at the box office. Jim also starred on the CBS crime drama "Person of Interest," which ran from 2011 to 2016. During his time on the show, Jim earned a reported $125,000 per episode, roughly $3 million per season.

Early Life: James Caviezel was born James Patrick Caviezel on September 26, 1968, in Mount Vernon, Washington. His mother, Margaret, was a former actress, and his father, James, was a chiropractor. He grew up with brother Timothy and sisters Amy, Ann, and Erin in a Catholic household in Conway, Washington. Jim attended Mount Vernon High School, O'Dea High School, and Burien Kennedy High School, graduating in 1987. He played basketball at Bellevue College before injuring his foot, which ended his NBA aspirations. Caviezel then enrolled at the University of Washington and began pursuing an acting career.

Career: Jim began his acting career onstage in Seattle, then made his big screen debut in 1991's "My Own Private Idaho," which was partially filmed in Seattle and Portland. He relocated to Los Angeles, and in 1992, he guest-starred on ABC's "The Wonder Years" and appeared in the film "Diggstown." In 1993, Caviezel turned down a scholarship to New York's prestigious Juilliard School so he could film "Wyatt Earp" (1994); he played Warren Earp, Wyatt's younger brother. Jim guest-starred on CBS crime drama "Murder, She Wrote" and co-starred with Sidney Poitier and Farrah Fawcett in the CBS Western miniseries "Children of the Dust" in 1995. The following year, he appeared in baseball comedy "Ed" and played an FA-18 pilot in action-thriller "The Rock," which grossed $335.1 million at the box office. Caviezel finished out the 1990s with roles in "G.I. Jane" (1997), "The Thin Red Line" (1998), and "Ride with the Devil" (1999); "The Thin Red Line" earned him a Chicago Film Critics Association Award nomination for Most Promising Actor.

Jim appeared in a string of successful films in the early 2000s, including "Frequency" (2000), "Pay It Forward" (2000), and "The Count of Monte Cristo" (2002). He was cast as Cyclops/Scott Summers in 2000's "X-Men," but he was forced to leave the project because of his "Frequency" filming schedule. In 2003, Caviezel was cast as Jesus Christ in "The Passion of the Christ," and while filming the biblical drama, he developed hypothermia and pneumonia, dislocated his shoulder, was hit with a whip (giving him a 14-inch laceration on his back), and was struck by lightning twice. In 2018, Jim told the "Catholic Courier" that the suffering he endured on the film resulted in two heart surgeries; he is set to reprise his role in the upcoming sequel, "The Resurrection of the Christ." After completing the film that nearly killed him, Caviezel starred in 2006's "Unknown" and "Déjà Vu" and 2008's "Outlander," "Long Weekend," and "The Stoning of Soraya M." He then appeared in the 2009 miniseries "The Prisoner" and returned to television again in 2011, playing former CIA agent John Reese on all 103 episodes of "Person of Interest." Jim's performance on the show earned him People's Choice Award nominations in 2014 and 2016.

While starring on "Person of Interest," Caviezel landed the lead role in action-thriller "Transit, co-starred with Sylvester Stallone and Arnold Schwarzenegger in "Escape Plan" (2013), starred in historical drama "Savannah" (2013), and played real-life football coach Bob Ladouceur in "When the Game Stands Tall" (2014). In 2016, Jim narrated the religious documentaries "The Face of Mercy" and "Liberating a Continent: John Paul II and the Fall of Communism." The following year, he was cast as the lead on CBS drama "SEAL Team" but dropped out of the project because of creative differences; David Boreanaz took over the role. Caviezel appeared in the Western "The Ballad of Lefty Brown" in 2017 and played the title role in "Paul, Apostle of Christ" in 2018. That year he also played a doctor in "Running for Grace" and narrated "Onyx, Kings of the Grail." Jim starred in the action film "Infidel" in 2019, and he portrayed former CIA operative Tim Ballard in "Sound of Freedom," which is based on true events and is set to be released in 2020.

Personal Life: Jim married teacher Kerri Browitt on July 20, 1996, three years after meeting on a blind date. They have adopted two sons, Bo and David, and a daughter, Lyn, from China; at the time of their adoptions, Bo and Lyn both had brain tumors, and David had cancer. A Republican and devout Catholic, Caviezel is against abortion and stem cell research, even appearing in a 2006 advertisement that opposed embryonic stem cell research in Missouri. He was a spokesman at the 2005 Catholic Men's Conference and has given speeches at many churches since starring in "The Passion of the Christ."

Awards and Honors: Jim has received two Grace Awards from the MovieGuide Awards, winning Most Inspiring Movie Acting for "The Passion of the Christ" in 2005 and Most Inspiring Performance in Movies for "Paul, Apostle of Christ" in 2009. "The Passion of the Christ" also earned him nominations from the MTV Movie + TV Awards and the MTV Movie Awards, Mexico. Caviezel won a Giffoni Award at the Giffoni Film Festival in 2007, and in 1999, he shared a Satellite Award with the cast of "The Thin Red Line." In 2006, the Character and Morality in Entertainment Awards honored Jim and his "I Am David" castmates with a Camie Award. 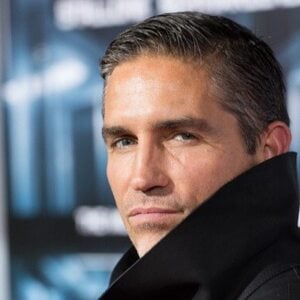