James Brolin net worth: James Brolin is an American actor, producer, and director who has a net worth of $50 million. James Brolin is best known for his performances on such television shows as "Marcus Welby, M.D.," "Hotel," and "Life in Pieces." He has also appeared in numerous movies including "Westworld," "The Amityville Horror," "Traffic," and "Else & Fred."

James is also known for being married to singer Barbra Streisand and being the father of Academy Award-nominated actor Josh Brolin.

Early Life and Career Beginnings: James Brolin was born as Craig Kenneth Bruderlin in 1940, in Los Angeles, California. His mother, Helen Sue, was a housewife, while his father, Henry, was a building contractor. He is the oldest of four siblings, including a brother and two sisters. When Brolin was ten, he built and flew model airplanes. Later, as a teenager in the mid-50s, he began filming with an 8mm camera. One of Brolin's formative experiences occurred when he met classmate and actor Ryan O'Neal. The two became friends, attending University High School in West LA. Later, O'Neal invited Brolin to a casting agency. When Brolin graduated from high school in 1958, his family encouraged him to follow O'Neal's path in acting.

Brolin subsequently enrolled at Santa Monica City College, and then attended UCLA to study drama. In 1960, he signed a contract with 20th Century Fox, where he began working as a contract player in Sandra Dee films. After appearing on an episode of "Bus Stop" in 1961, Brolin started landing roles on television productions including "Twelve O'Clock High," "Margie," "Voyage to the Bottom of the Sea," and the popular Adam West "Batman" series.

Television Career: In the late 60s, after being fired by 20th Century Fox, Brolin was transferred to Universal Studios. There, he was cast opposite veteran actor Robert Young on ABC's hit medical drama "Marcus Welby, M.D." Playing Dr. Steven Kiley, a young and talented assistant physician, Brolin earned an Emmy Award for Outstanding Performance by an Actor in a Supporting Role, which he won in 1970. He subsequently received three more Emmy nominations in 1971, 1972, and 1973, and won Golden Globe Awards for his performance in 1971 and 1973. During this time, Brolin also appeared on ABC's legal drama "Owen Marshall, Counselor at Law," and was in the television movie "Trapped." He returned to a starring role in 1983, when he was cast as the male lead of Aaron Spelling's primetime soap opera "Hotel." For his performance as hotel manager Peter McDermott, Brolin earned two Golden Globe nominations.

In the 1990s, Brolin starred in ABC's "Extreme" and CBS's "Angel Falls," neither of which were successful. He also appeared in a number of made-for-television movies, including "And the Sea Will Tell," "Visions of Murder," and "Parallel Lives." After showing up in two episodes of "Roseanne," Brolin found renewed success with the syndicated adventure series "Pensacola: Wings of Gold," which he directed, executive produced, and starred on. In the early 2000s, Brolin appeared on "The West Wing," and played Ronald Reagan in the television movie "The Reagans." Brolin's performance as the former American president earned him both Emmy and Golden Globe Award nominations. Later TV credits have included "Psych," "Castle," "Community," and the CBS comedy "Life in Pieces," on which Brolin played the family patriarch. 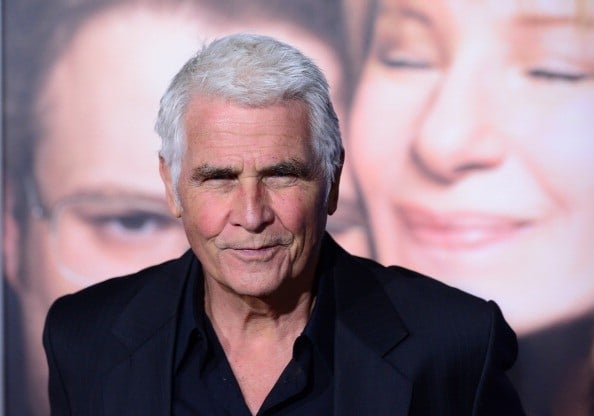 Film Career: After appearing in bit roles in such 1960s films as "Dear Brigitte," "Von Ryan's Express," and "Fantastic Voyage" – as well as a bigger role in the little-seen "The Cape Town Affair" – Brolin started getting leading movie roles in the 1970s. Among his first starring roles were in 1972's "Skyjacked," with Charlton Heston, and 1973's science-fiction thriller "Westworld," with Yul Brynner. Brolin became a regular leading man by the mid-70s, starring in such movies as "Gable and Lombard," "The Car," "Capricorn One," and the supernatural horror film "The Amityville Horror." In the 1980s, he starred in the action crime drama "Night of the Juggler" and the heist film "High Risk," and made a cameo appearance in "Pee-wee's Big Adventure."

Following a lull in the 90s, Brolin returned to the big screen with a variety of supporting roles in the 2000s and 2010s. He was in the Oscar-winning crime drama "Traffic," Steven Spielberg's "Catch Me If You Can," the comedy film "A Guy Thing," and the thriller "The Hunting Party," costarring Richard Gere and Terrence Howard. Subsequent credits include the romantic drama "Last Chance Harvey," with Dustin Hoffman and Emma Thompson; the musical "Burlesque," starring Cher and Christina Aguilera; the romcom "Love, Wedding, Marriage"; the survival drama "The 33"; and the comedy "Sisters," costarring Tina Fey and Amy Poehler.

Sports Car Racing: Brolin had a very brief but fairly successful career in sports car racing in the late 70s. In addition to triumphs at celebrity auto races, he entered the 24 Hours Nürburgring race in 1979. He had a two-car team that included famed female driver Lyn St. James; the pair came in 1st and 2nd.

Personal Life: Brolin has been wed three times. The first marriage, in 1966, was to aspiring actress and wildlife activist Jane Cameron Agee. They had two children, Josh and Jess, and divorced in 1984. From Josh, Brolin has grandchildren Trevor, Eden, Westlyn, and Chapel. In 1986, Brolin wed Jan Smithers, whom he had met on the set of "Hotel." The pair had a daughter, Molly Elizabeth, and divorced in 1995. The following year, Brolin met singer and actress Barbara Streisand through a mutual friend; they married in 1998, and live in Malibu, California. Brolin is the stepfather of Jason Gould, Streisand's only child. 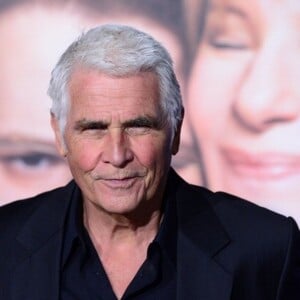