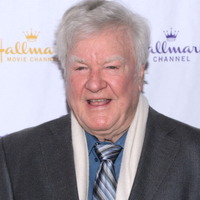 James Best net worth: James Best was an American actor who had a net worth of $2 million dollars at the time of his death. James Best was born in Powderly, Muhlenberg County, Kentucky, and was put up for adoption after his mother passed away when he was three. He was subsequently adopted by the Best family, and grew up in Indiana. He began his acting career in 1950, appearing in a small role in the film, "One Way Street". He went on to a steady career in both film and television projects, including "Winchester '73", "Kansas Raiders", "The Battle at Apache Pass", "The Caine Mutiny", "Forbidden Planet", "The Naked and the Dead", "Alfred Hitchcock Presents: Death Sentence", "The Andy Griffith Show", "The Mountain Road", "Shock Corridor", "Shenandoah", "The Virginian", "The Guns of Will Sonnett", "Sounder", "Ode to Billy Joe", "Rolling Thunder", "Centennial", "In the Heat of the Night", and most recently, "The Sweeter Side of Life". He is most widely recognized for his work as Sheriff Rosco P. Coltrane on "The Dukes of Hazzard". James Best died on April 6, 2015 at the age of 88.